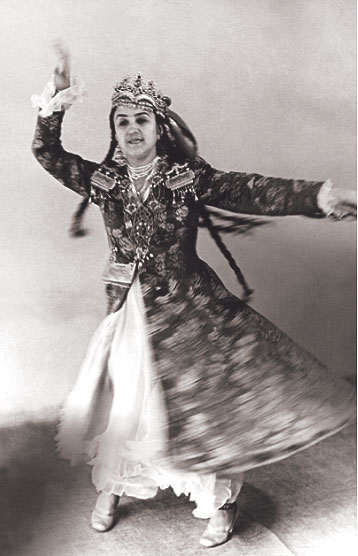 Actresses mostly acted at the wedding ceremonies and other calendar holidays, but they also acted on the sad events. In that case the repertoire changed. Sad songs began in the room and then continued in the courtyard, when girls and women gathered around a campfire.

In every event sounded the same songs as Yor-Yor, Lapar and Yala. But actresses often improvised, made new songs verses and sometimes represented their own works. 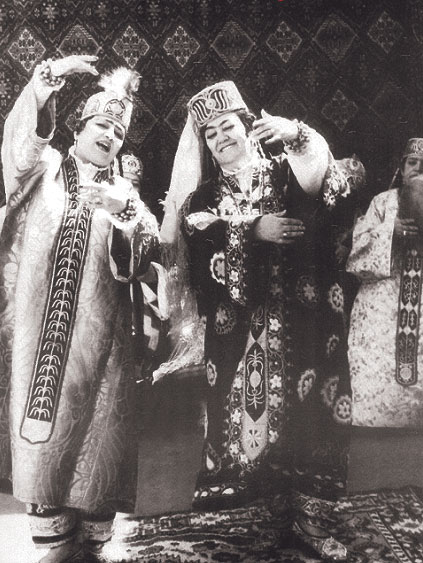 Dancing occupied a special place – everybody liked to dance or to watch dances. That’s why no one event passed without dancing. The dance movements are often used in the cycle "Kata kyin" and "Honabazm." It’s whirling (Charkhi aylanish), special movements of hands, fingers and wrists.

But the most important was the mimicry of actress. So she showed female psychology and told about not easy life. Actresses often dressed in men, performing comic and humorous scenes of the relationship of lovers.

In Soviet times closed performances in country yard went into the square and the scene. The nation-wide art became the basis for making theatrical performances and ballets. Nowadays men and women acting together, even though their repertoire and style of play is different.