Welcome to Samarkand, the beautiful world famous ancient city in the heart of Central Asia. The excavations of legendary Afrosiab city also known as Sogdian capital Marakanda proved that Samarkand history is more than 2750 years meaning it was the contemporary of such ancient civilizations as Babylon and Rome. Being a capital of Tamerlane Empire, Samarkand has been flourishing with the magnificent architectural masterpieces beyond the imagination. Enjoy the interesting sightseeing excursions and Samarkand city tours in blue-domed mosques with golden decorations, breath in the incredible flavors of fresh baked Samarkand bread, juicy fruits and spices of colorful bazaar, taste the delicious traditional food. Take a tour around Samarkand and surroundings and start a group tour, private or family journey traveling from Samarkand to Shahrisabz, the mother land of Tamerlane the Great, take a train tour from Samarkand to eastern fairytale Bukhara, book a short trip to splendid Marguzor lakes and ancient Penjikent.

You will visit all main attractions: Gur Emir, the mausoleum of Amir Temur and his male relatives, R... 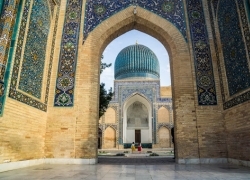 The tour is ideal for tourists who don't have enough time but want to visit as many places as possib... 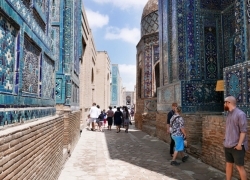 These two cities are the most significant sights & whole world knows our country pretty much because...

Sacred places of Bukhara and Samarkand

Visit holy places of Bukhara and Samarkand during our tour around Uzbekistan started from Kuala Lump...

Shakhrisabz city is world famous place known as a birthplace of the Great Tamerlane dynasty. 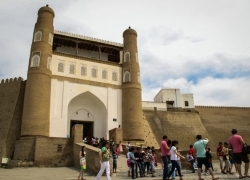 Bukhara and Samarkand by train

We are glad to present you a short but very interesting tour with visiting blessed Bukhara and famou... 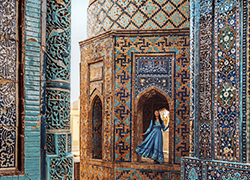 One day tour to Penjikent: the oldest city in Central Asia, a living mausoleum of Silk Road heritage 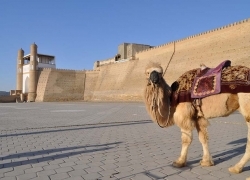 Discover main pearls of Uzbekistan by visiting these two cities 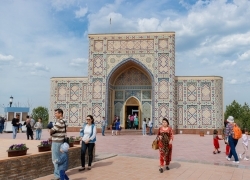 This city awaits for its guests since long time and every Mosaic part of it is glittering in the sun... 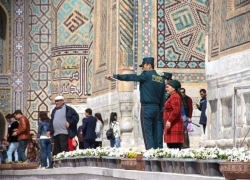 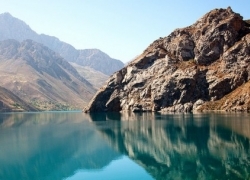