Bukhara and Samarkand in two days

We offer you special program that helps you to visit famous Samarkand and saint Bukhara for only 2 days! You will not be tired of such saturated program - we include flights, bullet trains and comfortable hotels in the program. 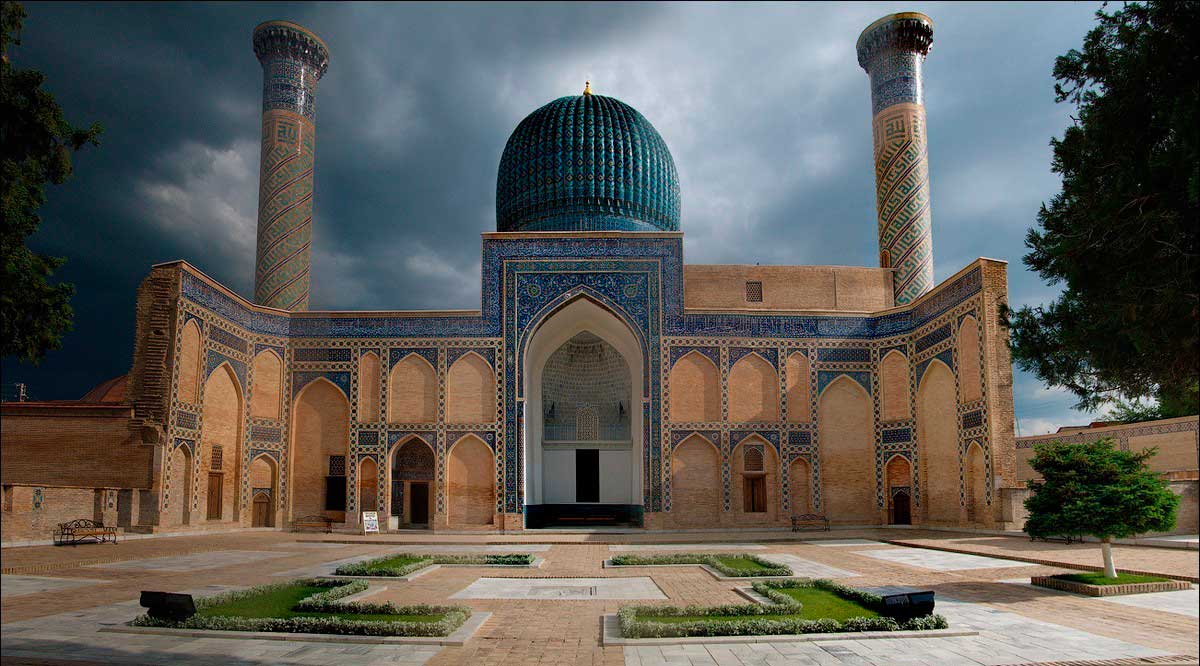 07:15 Flight to Bukhara by Uzbekistan airways.

09:15 Arrival in Bukhara. Transfer to the hotel to meet the guide.

There are three trading domes or so-called covered bazaars preserved from the XVI century and these bazaars were the centers for trade of silk, jewelry and even for money exchange. We'll also visit Ulughbek and Abdulazizkhan Madrassas, Abdullakhan’s Tim and Caravanserai Sayfuddin (now the center of Handicraft Development of Bukhara), Magoki Attari Mosque, complex Lyabi Hauz (XVII century) that includes Nodir Divanbegi Madrassa and Khanaqa, Kukeldash Madrassa and the monument of Khodja Nasreddin.

04:00 Transfer to the railway station

05:00 Departure from Bukhara to Samarkand by train “Afrosiab”.

09:38 Arrival in Samarkand. Leaving the terminal and meet up our driver and guide, who will wait for you with a sign "ANUR TOUR".

Transfer to the old part of Samarkand and start sightseeing program:

17:00 Departure for Tashkent by the speed train Afrosiab or Sharq.

16:00 Transfer to the railway station.

17:00 Departure from Samarkand to Tashkent by high-speed train “Afrosiab”.

- Transportation with the air-conditioner during the tour;

- 2 excursions with local guides in the cities.

Tour Price not include:

- Entrance fees to the museums as specified in the program;
- Meals (lunches and dinners);

*Please note that all the prices listed above are relevant to 2018-2019 year. Current price may change due to VAT.

Tour reviews:
There are currently no reviews
﻿