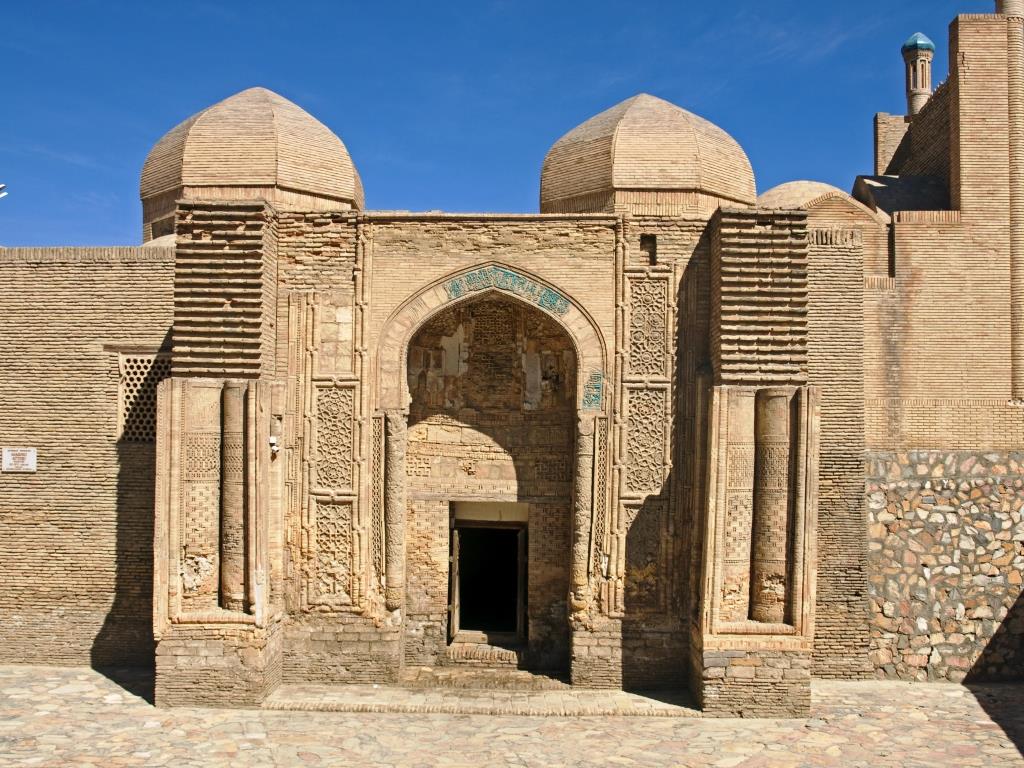 Magoki-Attori Mosque means “Deep mosque”. It is a mosque of XII-XVI centuries in Bukhara, located next to the ensemble Labi House, in the city center. The mosque was situated on a bazaar before the Arab conquest, where were sold herbalist.
By the beginning of the XX century, with its thousand-year history, the mosque completely covered with cultural layer, that’s why the locals began to call it the underground mosque, hence the name Magoki Attari. The mosque is interesting with its décor. Figured masonry brick, patterns, ornaments, terracotta tiles, forming different combinations, all this is organically combined in the design of portal niche. In the XII century the mosque was rebuilt. Restorers cleared the façade, which was almost 4.5 meters left in the ground. Thus, people were able to survey the main artistic sight of the mosque. Today, there is only the portal that represents a masterpiece of architectural decoration, the upper part was lost. A wide stone staircase was inside the room, which also served as the place for prayers.
Besides all above-mentioned, there used to be a bazaar twice a year, where were sold wood and clay idols. Magoki-Attari mosque is one of the masterpieces of Bukhara architecture.