The following measures are taken against the covid-19 virus in this tour.
Read more
Tour itinerary: Uzbekistan – Turkmenistan
Season: all the year around
Days: 9 | Nights: 8 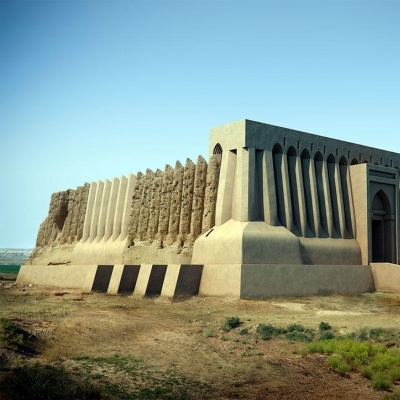 A trip to ancient cities of Uzbekistan and Turkmenistan is the best tour for those who are interested in the culture and history of Central Asia. Enjoy your visit to such famous cities as Samarkand, Bukhara, ancient Merv, Ashgabat and Kunya Urgench .

10:00 Meet the guide at the lobby. Start sightseeing tour of Tashkent (5 hrs):

-          Ertogrul Gazy Mosque, Independence Park with Monument of Independence (it's a 118m column that consider the highest building in the country),

-          Neutrality Arch - unique composition that  rotates slowly after the sun;

-          A trip to ancient Nissa (18km from Ashgabad) that is a UNESCO World Heritage Site. Visit the ruins of the ancient city ;

-          Turkmenbashi Mosque-Mausoleum is considered as the biggest in Central Asia (10 thousands of people). There are beautiful garden and fountains near the mosque.

In the afternoon transfer to Darwaza crater and change from the asphalt road to the Karakum desert track, continue 10 km deep inside.

In 1971 geologists accidentally found an underground cavern filled with natural gas. To avoid poisonous gas discharge, it was decided to burn the gas. Geologists hoped the fire would go out in a few days but it has been burning ever since. Locals have named the cavern The Gate - Darwaza. The views are impressive, especially in sunset and night when the mild sunlight and burning crater evoke incredible and ambiguous feelings.

-          mausoleum Arslan II (the oldest building in the city - date of its bookmark is roughly estimated by XI century).

Pass the border. Border passing formalities. Meet the driver at Uzbek side of the border.

10:00 Start WALKING excursion in the historical part of Khiva – Ichan-kala (translated as “Inner town”). Ichan-kala - the largest Museum in the open air in Central Asia consisting from the next monuments:

Tourist tax in the hotels  per person;

All transfers as per program by comfortable tourist class/SUV transport as per road conditions including transfers to-from train stations /borders;

Single entry tickets to the sites, museums, mausoleums as per program;

E-visa to Uzbekistan, migration tax 10+4 USD per person and Turkmenistan tourist visa from 85+4 USD  per person(subject to change; nationality dependent);

Turkmenistan: Tourist fee 2 USD per person per night (obligatory) charged in the hotels;

Uzbekistan: Transport for walking tours in Khiva and  Bukhara; guide/transport service for free time after the standard city tours;

Meals: lunches and dinners except those specified in  the included section ;