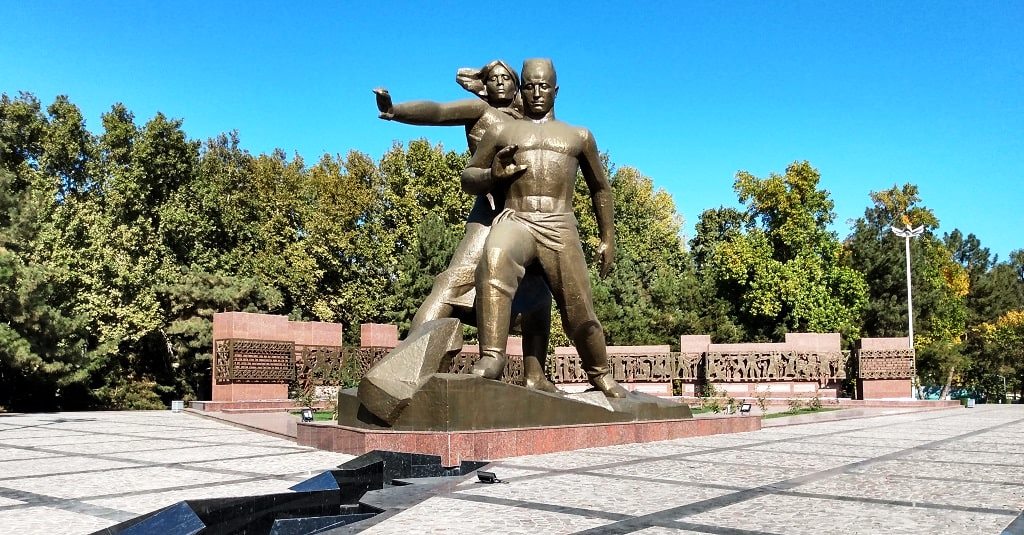 April 26, 1966, is a date which became the most tragic in the history of Tashkent. There was a strong earthquake 8 balls on the Richter scale at 5 hours 24 minutes in Tashkent, destroyed more than 2 million square meters of living space, 78,000 families were homeless.
10 years later in 1976, approximately the place where was the epicenter earthquake epicenter, the monument of "Courage" was erected. The main composition of the monument is a cube that splits the crack to the foot of a bronze sculpture, depicting the figure of a woman holding a baby, as well as a man, protecting them from impending disaster. Tashkent was reconstructed not only by residents of other regions of the country, but also construction groups from all over the Soviet Union. After 3.5 years the city was completely restored and new houses were taken by the first settlers.
Despite the fact that after the tragic events went by a long time, residents still come to the monument to honor those people who took a part in the reconstruction of Tashkent. Thanks to them, our city became more beautiful.