Kuva is a center of Buddhism in Fergana Valley. For now, its one of the oldest cities in Central Asia and remains a subject of interest. Name 'Kuva' originated from Turk name 'Kuba', it once was a Persian word 'Kubo' which means 'strong' or 'strong fortress'. Kuva was known as a town for travelers coming by Silk Road and nearby cities.

Kuva protected the interests of her guests quite well - the city has so-called 'shakhristan' - an important part of a city with avenues and fortifications and all that was behind a thick brick wall. Guests and rich traders slept well at nights knowing they are under protection and tomorrow the bazaar deals will start again. 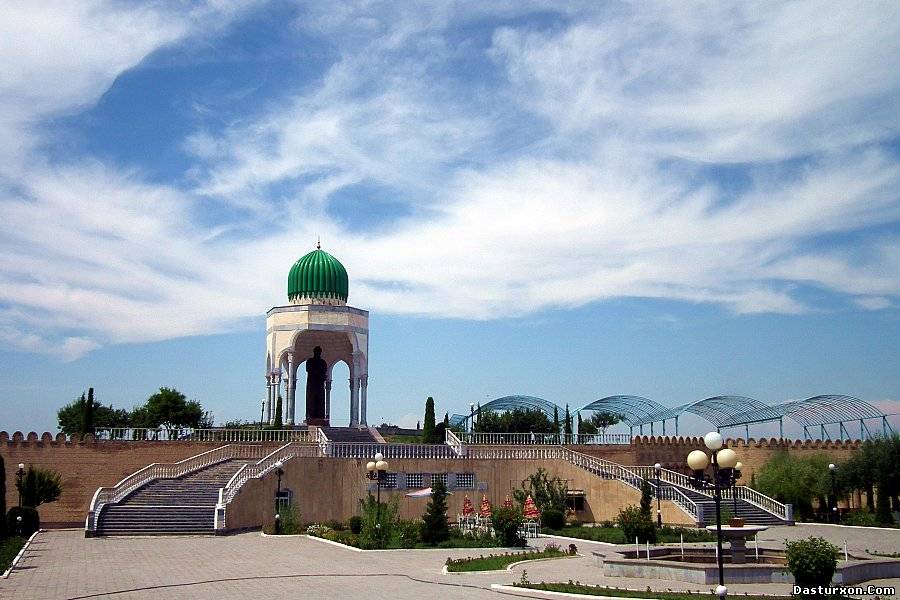 Kuva produced colorful glass and gold jewelry. Masters of this city were that famous because as documents claim, they all studied abroad, in ancient China. During the glass production season, the whole Ferghana Valley gathered in Kuva, and everyone wanted to see how 7 shades of the rainbow merge into one color - white.

Kuva was established in the III century BC. Buddhism left many statues of its local gods, such as Shri-Devi monument surrounded by Makaravaktra Dakini and Simhazaktra. A lot of famous scientists and poets were born here and gave the world their poems, science works. Kuva's brightest star was Ahmad Al Fergani - a world's famous scientist and shocking mathematician. An 'Astronomiya asoslari' ('Basics of Astronomy') treatise became famous very fast and was rewritten countless times.

Nowadays Kuva is known as the birthplace of scientists of Ancient Asia. Few memorials in it were built in the 1997 year. Currently, Kuva has tasty fruits markets, several attractions and a memorial of Ahmad Al Fergani.