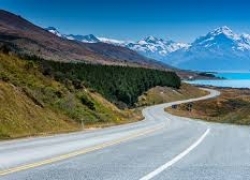 The founder of the museum, Igor Savitsky devoted his life to piece-by-piece collecting of the finest works of modern artists of Uzbekistan and Russian avant-gardists. In 70-s it was quite risky to become an anti-Soviet propagandist. During perestroika and first years since Uzbekistan independence, the museum earned world recognition and deserved rightfully the must-see site status in Central Asia.

- Ayaz-kala and Toprak-kala, the fortresses of the Kushan period of Ancient Khorezm that used to be mighty border forts protecting the residents from raids of nomadic tribes.  The forts were built in ~4-7th century BCE, during the ages when Khorezm achieved its independence. The fortresses are located on the hills quite close to each other and visitors are welcome to have a short overview tour in the monumental forts that currently are drowning in sands.

- International flights to Urgench /from Tashkent;