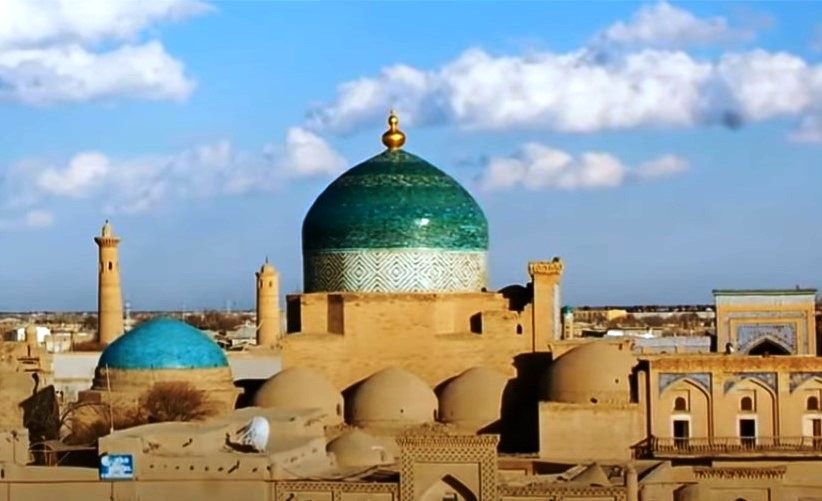 Pahlavan Mahmud complex is located not far from Juma Mosque. Pahlavan Mahmud is a local poet and philosopher who was famous for his heroic strength and the ability to heal people. Originally the construction of the mausoleum was very modest but soon there was built khanaka and mosque where pilgrims said their prayer. Later the building was rebuilt into a magnificent construction with the largest dome in the city, covered with blue tiles.

In 1810 the mausoleum was rebuilt by Muhammad Rahim-khan. The new building consists of old tombs and double dome. There is a tombstone above the grave, adorned with mosaic of carved ceramics. The mausoleum is the tomb of Pahlavan Mahmud as well as the rulers of Khiva Muhammad Rahimkhan I, Abulgazihan and Elbars II. There is a small courtyard with open mosque (ziyarathona) where come many believers in order to pray. There is also a deep well with clean drinking water.

Pahlavan Mahmud was buried in the west wing of the mausoleum and Muhammad Rahimhan was buried on the central axis in the five-sided niche. In 1825 the east wing was attached to the mausoleum where was buried Allakulihan. All three burials are made in exquisite majolica lining.