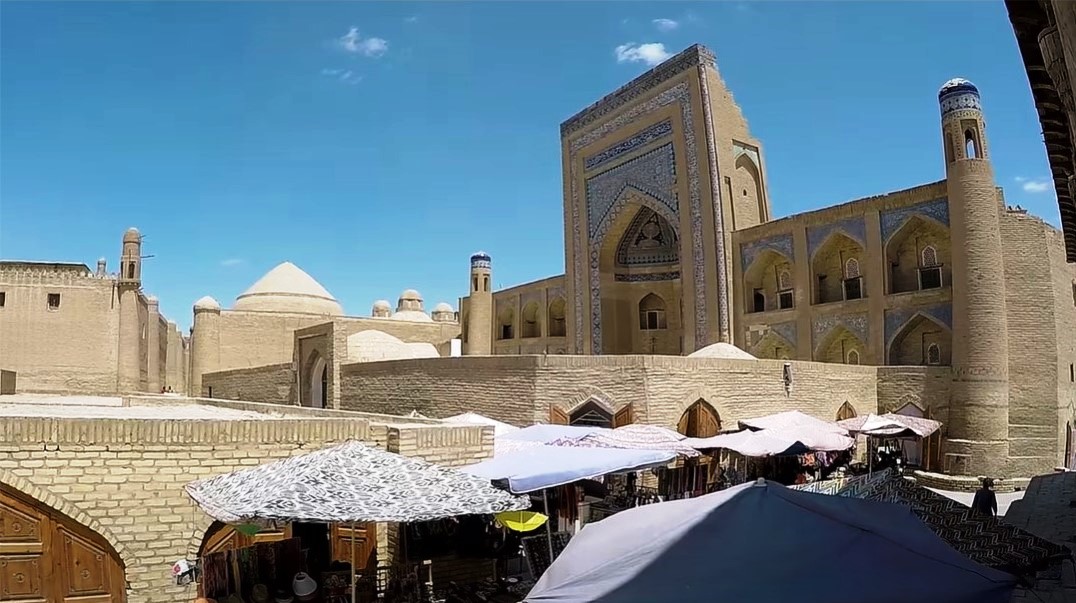 Caravanseray Allakulikhan was built in 1835; it was one of the important places for merchants. There were rooms where kept raw silk and silk fabrics. It was two-story building with 105 rooms – “hudjras”. Later the trading dome “Tim” was attached to the building façade. The façade of caravanserai and part of the second floor were destroyed in order to build the trade dome “Tim

Domed arcade - Tim has an original view. Two rows of small domes are combined with a large domed hall. There were trade counters on the sides of the building and large chain of buyers in the middle. There were not only local goods but also the English cotton fabrics, silk scarves, cotton blankets, Uzbek boots, Chinese dishes, jewelry, head dresses and many other everyday items.

The ancient city Khiva was an important center for traders. Caravanserai Allah Kuli Khan was not only the wholesale market for merchants and local people but at the same time the hotel.