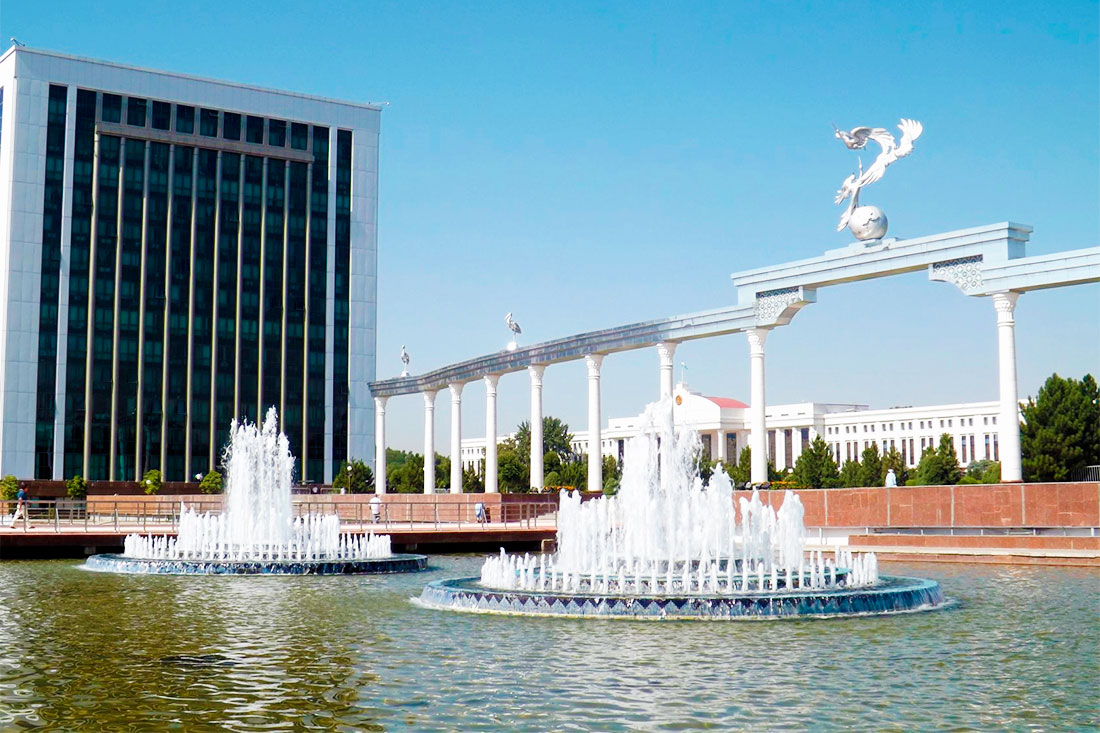 The main square of Uzbekistan is "Independence Square". Monument "Independence and Humanism" gives the majesty and grandeur. Globe with the contour of the Republic of Uzbekistan symbolizes the recognition in the world community. There are the Cabinet, the Senate and the ministries on one side of the area, and fountains on the other one. The "eternal flame" in honor of soldiers who died during the Second World War was established on the territory of the square.
Entrance to the square opens the arch" Good and noble aspirations." Its lightweight and elegant construction is based on 16 pillars of white marble, the length of the architectural ensemble of 150 meters. The colonnade is crowned with a bird of happiness and prosperity. Road "Ok Yul" leading to Independence Monument, is translated as "Good way". There is also a monument Happy Mother holding her child. The architectural ensemble is a symbol of the homeland, life and wisdom, glory and honor. The monument symbolizes the hope for a great future of Uzbekistan.
Here you can often see the newlyweds. Traditionally, young people who start an independent life, go to the square through the Arch of good and noble aspirations, walking the white carpet, laying flowers at the monument. In 2006, the Independence Square was completely restored, there were planted new trees and built the original fountains. 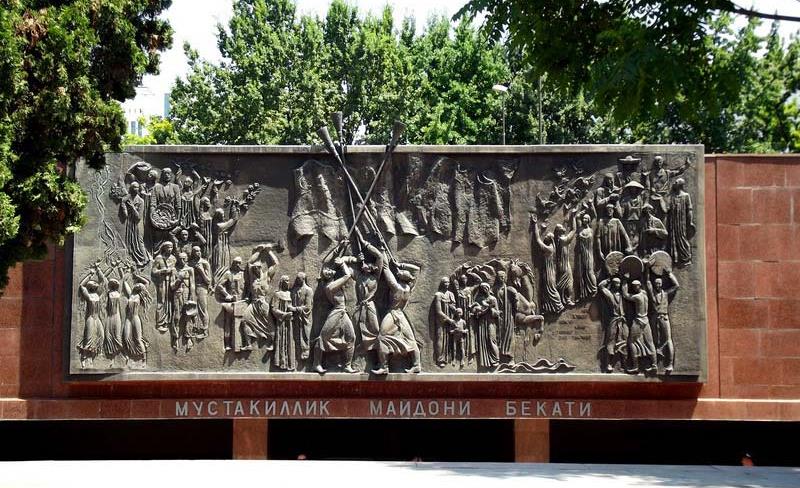 Independence Square is one of the most attractive places in Tashkent. Large flow of people, both old and young, as well as foreign tourists come here to enjoy this beautiful sight of our hospitable city.