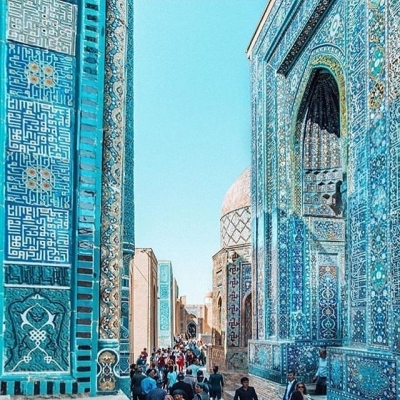 Try out our winter tour package to Uzbekistan by a very lowered price starting from now! We're glad to offer you freshly added excursion to Uzbekistan mountains - Chimgan, at which you will be able to ski, to snowboard, or to just enjoy the view.

Winter season is usually silent in Uzbekistan. But the excursions to the main attractions of Samarkand, Bukhara, short tours to Tashkent, and Nukus are never cheaper than in winter.

The sightseeing objects of Bukhara, Samarkand and Tashkent remain the same, but less crowded. Daily average temperature never goes below -5C, but you can expect wild winds in Samarkand, so please, don't forget your scarf.

We invite every curious person from India, and Mumbai in particular to come and see Uzbekistan in winter - there is so much to see and so much to learn. We promise, you won't get cold!

14:55 Flight from Mumbai to Tashkent by Uzbekistan Airways flight HY428

Arrival in the hotel, check-in.

- First, stop near Beldersay gorge. Take a ride on the chair lift going up to gorge to Kumbel peak (2400 m), where the longest Ski track in Uzbekistan has its start.

- Drive to Chimgan and take a photo stop enjoying the fresh air, beautiful panoramic views of the stunning scenery of Chimgan Mountains.

- Have lunch in mountain restaurants in the place named "Bochka" by local people.

- Transport and guide service for free time/free days (can be added by request) and after the standard city tours;