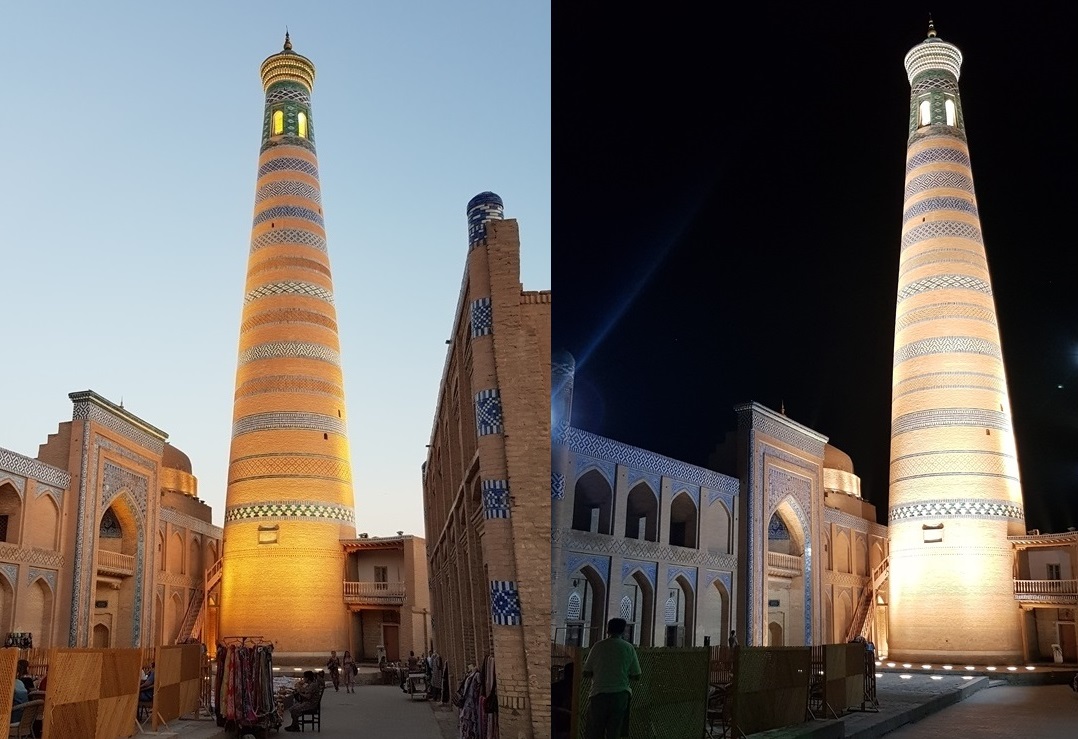 Islam-Hoja Minaret was built in 1908 by Prime Minister of Khiva Khanate - Islam-Hoja. The minaret is a symbol of the country, is an early example of the architecture of the XIV century. The construction was completed in 1910. The tapered shape makes up more slender minaret and strength. The famous Kalyan Minaret is inferior to the height of Islam-Khoja Minaret. Its height is 56 meters and a base diameter is 9.5 meters. Trunk of the minaret is made of bricks, decorated with white and blue tiles made of glazed ceramic.

Islam-Khoja Minaret is the tallest structure in Khiva, visible from anywhere in the city. After rising to the top of the minaret, you will see the most beautiful panorama of the eastern fairy tale city Khiva.

There is a madrassah of the same name located near the minaret. In the south-eastern part there is a mosque with a low massive dome. There are 42 hujras and a large domed hall in the madrassah. Madrassah Islam-Hoja is a unique architectural complex, reflecting the influence of the time and the spirit of creative inspiration of craftsmen.

Architects mastery is noticed in contrast combinations of architectural forms. You will be struck by the beauty niche mihrab decorated with majolica and carving.

Today, it is impossible to imagine Khiva without Islam-Khoja Minaret and Madrassah. This magnificent architectural complex is the pride of the local people and one of the most revered sites of Khiva.