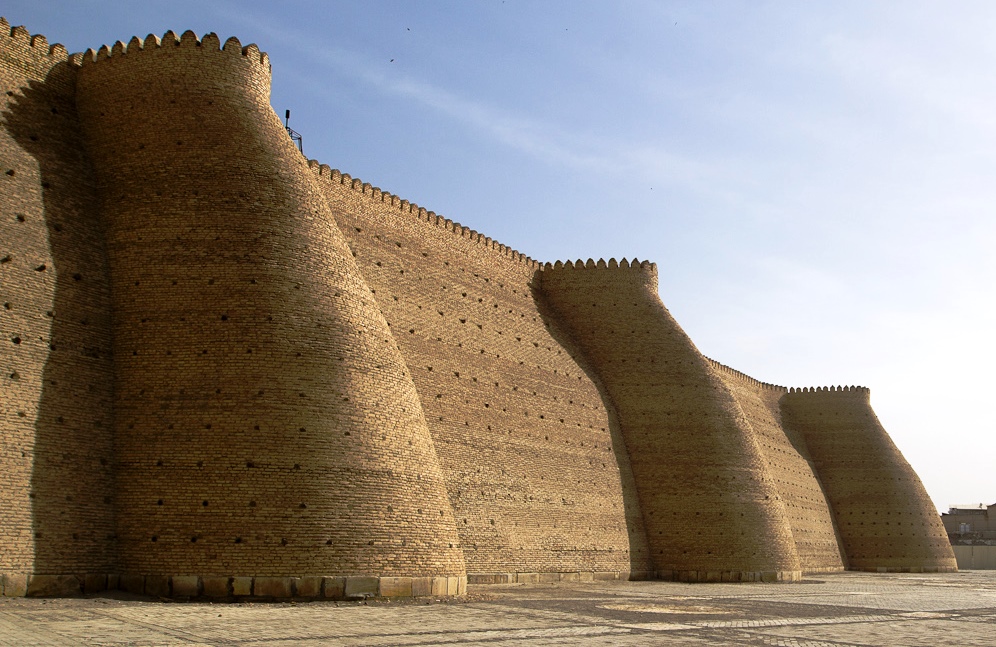 Ark Citadel is the most ancient monument of Bukhara. According to the archaeological excavations, the citadel belongs to IV-III centuries. Fortress area is 3.9 hectares. It is a rectangular building, a little stretching from west to east. The front gate to the citadel framed by two towers. Currently, the height of the citadel walls is from 16 to 20 metre and the length of the walls is 789 metre. During its long history, Ark had repeatedly been destroyed but was restored again.

In IX-X centuries during the reign of the Samanids, citadel was rebuilt and in the reign of the Sheibanid, citadel Ark looked like a modern building. East and west gate were built. “Gurian” – east gate were destroyed in XVI century, and east gate “Registan” meet the guests not only from Bukhara but also tourists from over the world. According to the legend, the citadel was built by epic hero Siyavush. A handsome young man and the daughter of the ruler Afrasiab were fell in love. But the girl’s father told to Siyavush to build a palace on the bull’s skin, if he wants to marry the princess. But Siyavush was cunning; he cut the skin into thin strips, connecting the ends together, and built a palace. By the beginning of the XX century there were the palaces of rulers, craft shops, warehouses, weapons, clothes, carpets. Three thousand people lived here. 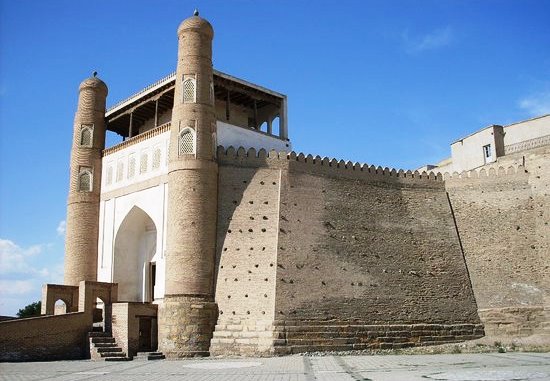