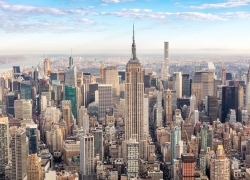 Join Uzbekistan fans army - book a tour to Samarkand & Bukhara with a short excursion to Shakhrisabz - the homeland of Timur the Great. You will learn every general information about treasures of these cities, including excursion to Tashkent - both modern and ancient parts.

Uzbekistan cities are sunny, shiny and silent - even though most of the music festivals are being hold here: 'Sharq Taronalari', 'Silk & Spices', seasonal fairs of local handicrafters, etc.

They are known for ancient stately buildings, whose age is far from the 500 years checkmark. They've been there when Genghis Khan conquered Bukhara, when Timur the Great came back from India and saw stunning silhouette of Bibi-Khanym mosque, when Royal Russian army decided to turn to dust most of the famous Islamic spots such as Ark Fortress.

There are antique but powerful and been a sightseeing objects of Bukhara, Samarkand & Tashkent for many years, and we want to keep them that way.