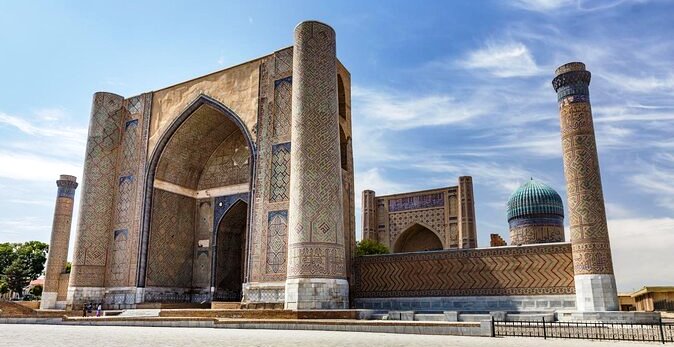 Bibi-Khanym Mosque(Mistress) is an architectural monument of medieval Samarkand in 1399-1404. According to the legend, the mosque was named in honor of Timur’s beloved wife. The construction of the building was begun after a victorious campaign of Timur to India. According to his plan, it must have been a mosque to perform the Friday prayer, the beauty of which would eclipse all the sights he had ever seen. Architects, craftsmen, artists and artisans from all over the East participated in the construction of the building.

The size square of immense complex was 130x102 m. Ten thousand people could pray here simultaneously. There was the main mosque (Jami) on the western side of the courtyard, 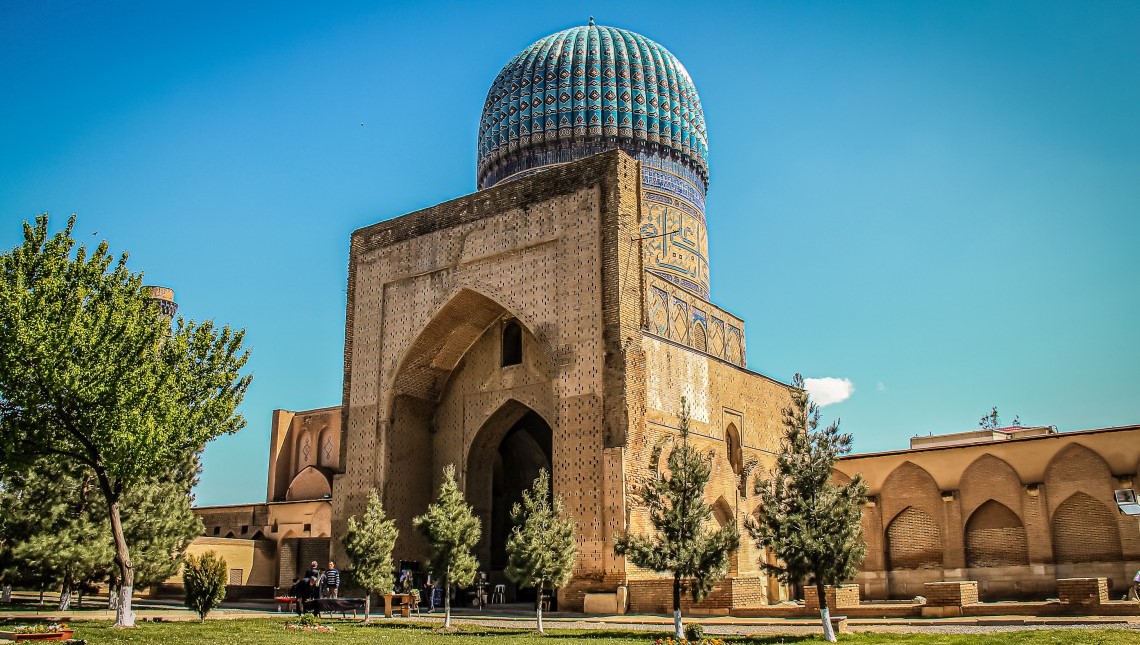 and small mosques were on the north and south part. The vast courtyard was lined with marble tiles, the entrance was decorated as a high portal with two round minarets, and its height was 50 m. Façade of the mosque was also decorated with majestic portal with two minarets. The walls of the mosque are decorated with colored glazed bricks and huge Arabic letters. Two portal-aivans are topped with blue domes.

Architectural monument Bibi-Khanym in Samarkand is one of the beautiful buildings that have ever existed in Central Asia. In spite of the building doesn’t have its original appearance, Bibi-Khanym makes an unforgettable impression, thanks to its luxury of decoration.