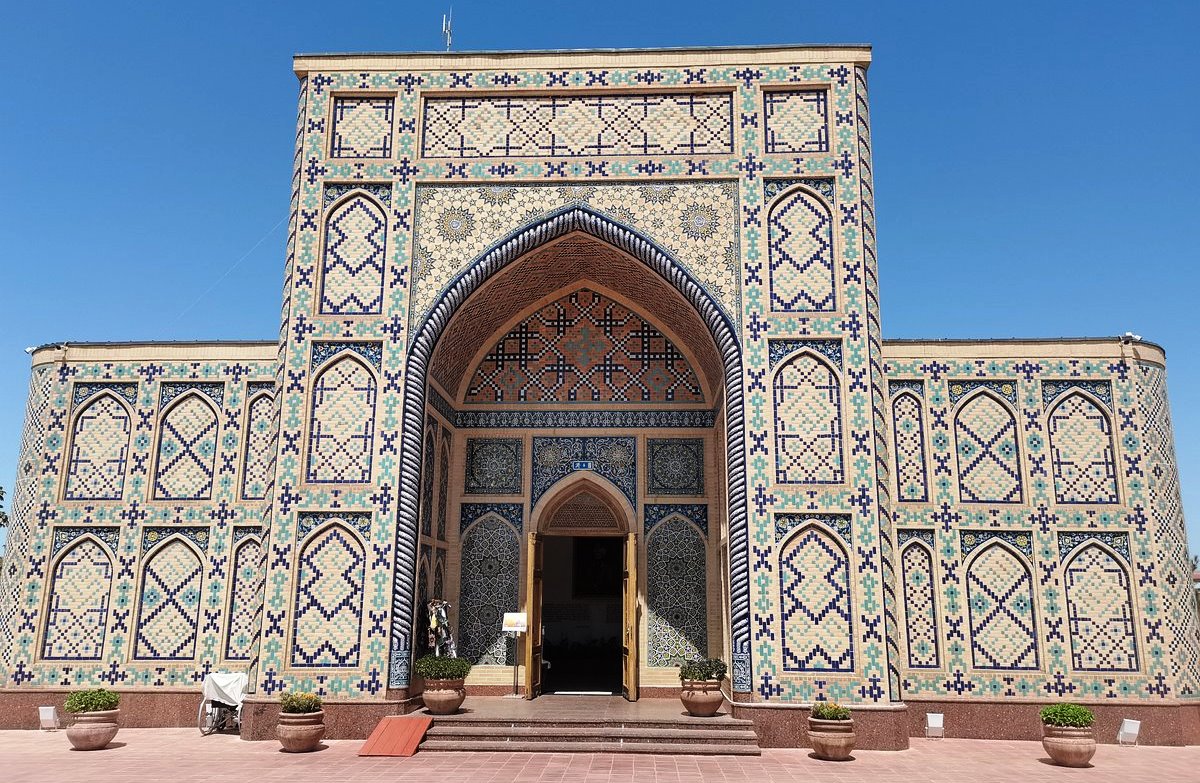 Mirzo Ulugbek Museum was erected in honor of the greatest scientist and statesman of the XV century, who made an invaluable contribution to the world of science. The museum building has great similarities with Ulugbek Madrasah.

There is a portrait with the image of the great leader in the foyer of the museum. The picture’s author is the People’s Artist of Uzbekistan, Akmal Ikromdzhonov. Here you can see a picture with the image of Mirzo Ulugbek and his companions on the left side of the foyer. There is also a picture where Mirzo Ulugbek and his students Ali Kushchi and Mirim Chalabiy are depicted.

The museum exhibition includes samples of manuscripts about science, personal photos of the great scientist as well as jade jar with the name of the scientist. There are also examples of coordinate’s calculations of the five planets and the length of the solar year.

The museum exposition consists of two parts: the first shows the period of reign and his activities as the head of the state, in the second one he is represented as the scientist. Each part is divided into two sections.

The exposition “The place and importance of Amir Timur and Timurid dynasty in the world history” opens a tour of the museum. Here you can get acquainted with the themes of social and political and economic prosperity, as well as culture, architecture and development of science.