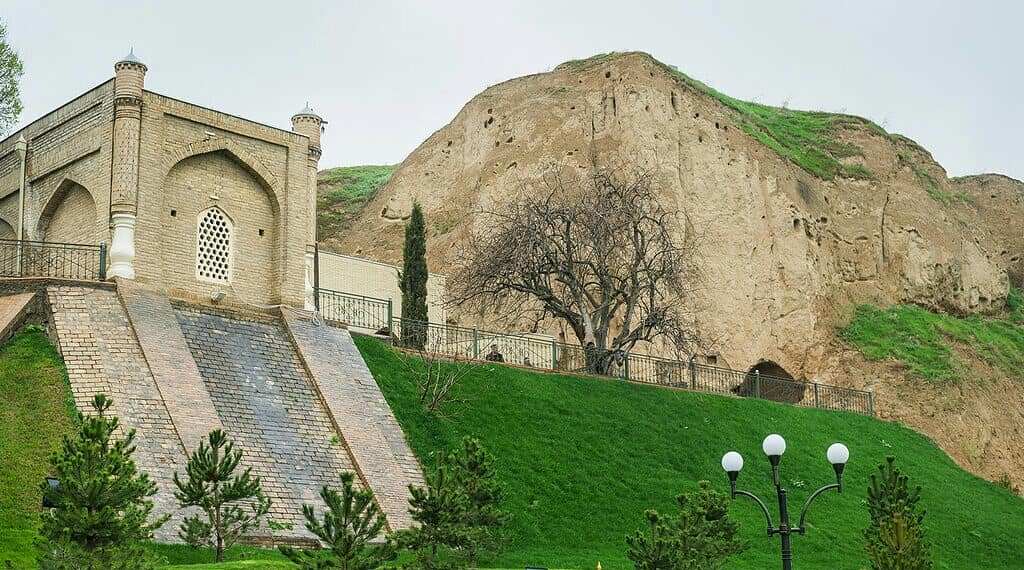 Hodja Daniyar Mausoleum (Saint Daniil) is one of the most famous religious sites in Samarkand, was built in the time of Tamerlan in 1900. Daniel means “God is judge”. According to legend, the prophet Hodga Daniyar was an associate of Arab preacher Kusam ibn Abbas. Hodja Daniyar was born in Jerusalem in 603 BC. During the campaign in Asia, Amir Timur was interested in Suz city - he heard that the spirit of the Prophet protects the city from all misfortunes. Then the great military leader made a pilgrimage to the mausoleum, deciding that his city should be rich and prosperous. Nowadays, the mausoleum with six domes (only five domes are preserved) is a crypt length of 18 meters. The south part of the headstone is 90 cm, the north – 160 cm. There is the river Siab not far from the mausoleum, there is also Hodja Daniyar spring. Residents of the city have used water from the river for many years. They believe in its healing powers. In 1996 Patriarch Alexiy II visited the mausoleum. It is noteworthy that the half-dry pistachio tree that was 500 years old, it blossomed again after the Patriarch blessed it.

The mausoleum is the place of pilgrimage not only local residents but also visitors from around the world as it is revered by Muslims, Christians and Jews. 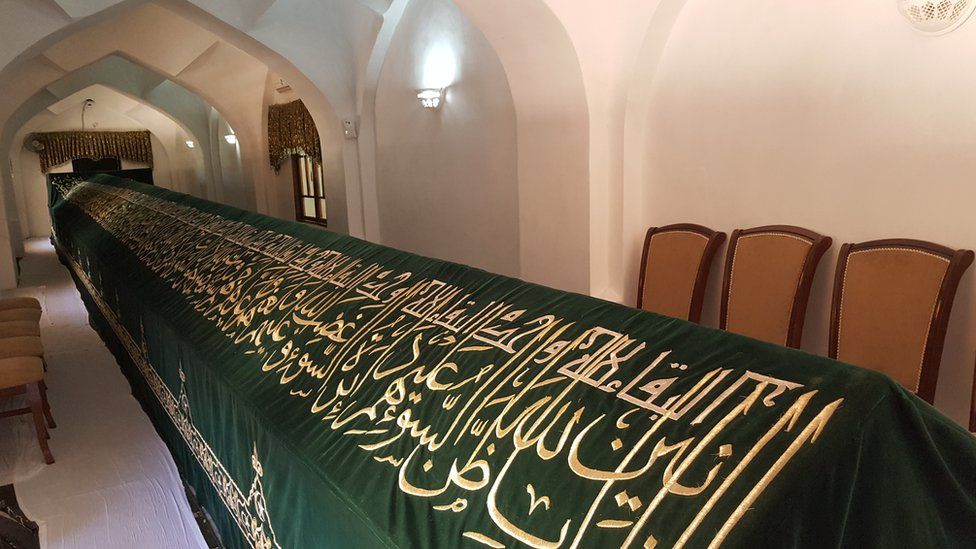