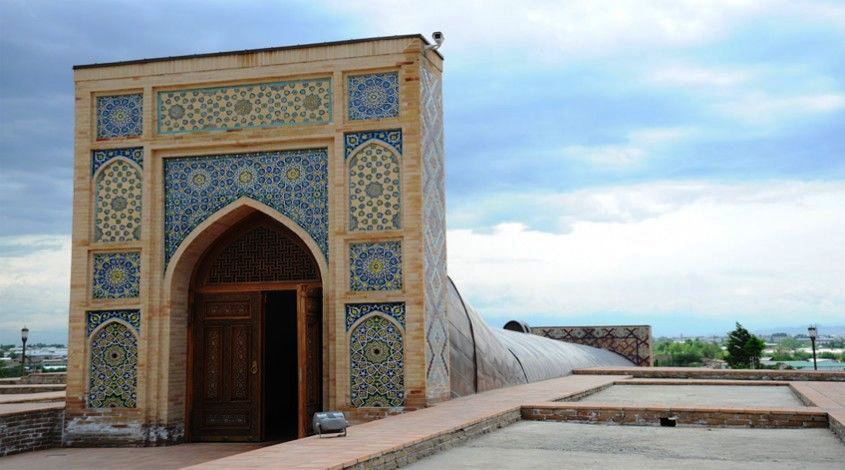 Ulugbek Observatory is one of the important observatories in the world of the middle ages, built by Ulugbek near Samarkand in 1428-1429. It is round three-storey building, its diametre is 46,4 and height is 30 metre. There was marble sextant here. The device which was under the ground is well preserved. The arc of the instrument is made of marble with two barriers. In Ulugbek Observatory worked such outstanding astronomers as al-Kushchi, Kazi-zade ar-Rumi. 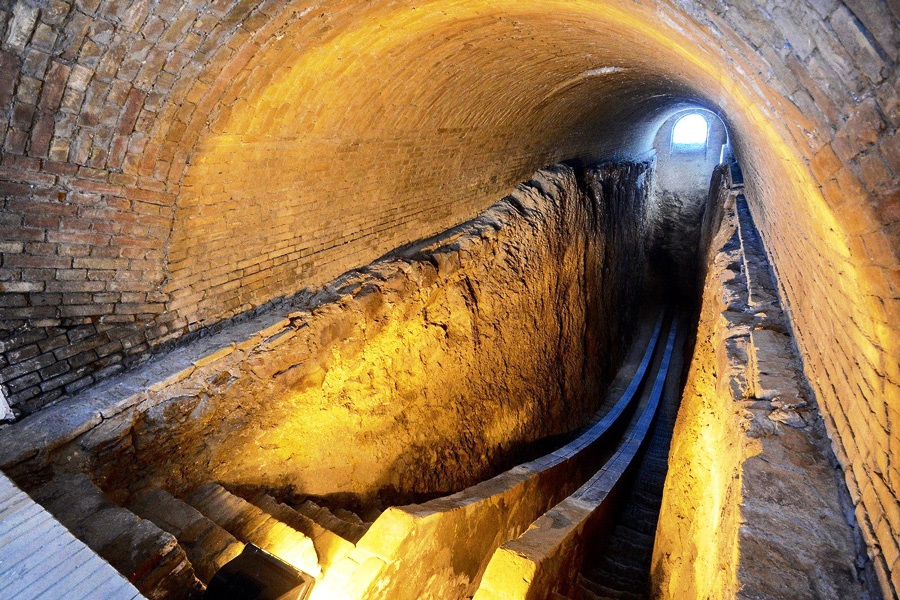 Gurgan Zidj – catalog of the sky, consisting of 1,018 stars presents the great interest among the many astronomical tables of Ulugbek. The length of the sidereal year is determined by Ulugbek in 365 days, 6 hours and 10 minutes, 8 seconds. Samarkand astronomers were conducted the observations without optical instruments but only the naked eye. A huge influence on the development of science of the West and the East, India and China had astronomical achievements of Ulugbek School. According to researches by scientists, there were other instruments in the observatory, which unfortunately didn’t preserve.

In 1908-1909 years during the excavations were found traces of a circular wall and part of the main instrument. But these excavations didn’t produce the expected results. It was only the remains of the outer wall of the huge three-storey building. There were also found some astronomic instruments. The building had big halls, rooms and corridors, in the middle of the observatory was the main instrument – sextant.

According to the archeological remains, Ulugbek Observatory was one of the biggest observatories in Central Asia. Ulugbek occupied the place of honor among the outstanding astronomers of the world, and his astronomical work “Star table of Ulugbek” gained the worldwide fame. 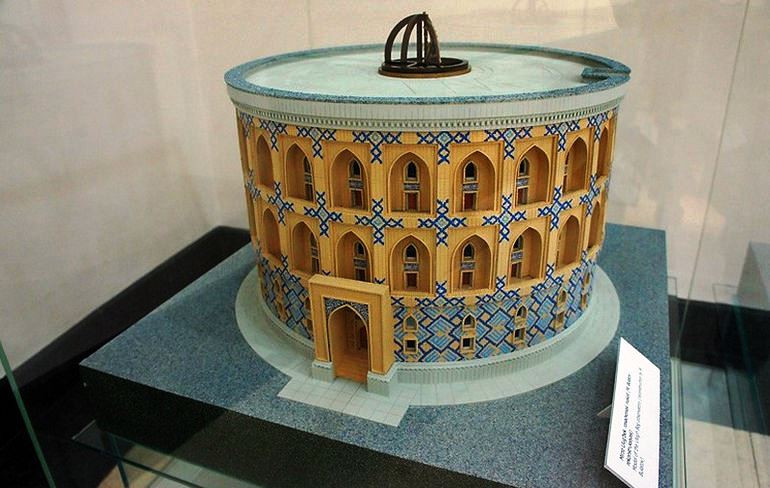