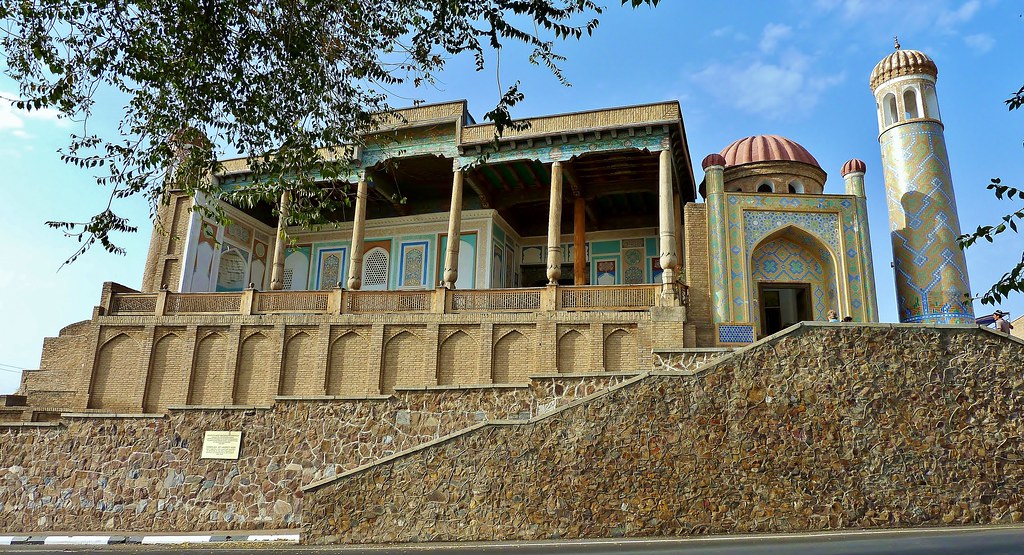 Hazret-Hyzr mosque is situated on the south part of Afrasiab, it was named in honor of the prophet Hyzr. According to the legend he had the power to perform miracles, there was green grass around him in the dessert. People believed that he could bestow wealth, success in trade, help in difficulties. It is known if you meet with him you will be happy and live a long life. And also it’s believed that the place of the mosque – “Kadamjay” is the “place of footprint” of Hazrat Hyzr, which was visited by this saint. Residents of the city honored the mosque Hazret Hyzr that’s why they constantly restored the building, apparently, so the original form of the building has not been preserved, but in spite of this there are many inscriptions of restoration work of this cult building on the walls. There is a tradition, start travelling around the city from here and leaving Samarkand, ask for the blessing of Hazrat Hyzr. Not by chance, there is a deep well near the mosque; its water has healing properties.