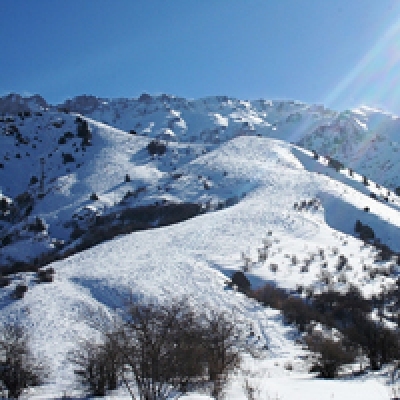 A special tour package for our dear guests from Mumbai! Includes visiting Chimgan mountains which are known for their beauty. You will be able to see on your own the stunning view of the landscape high in the mountains and enjoy the Eastern spirit.

Flight from Mumbai to Tashkent by Uzbekistan Airways flight HY428.

Arrival in the hotel to drop off the bags and meet the guide at the hotel lobby.

Resting time in the evening.  Overnight at the hotel.

10:00 Meet with our driver in the lobby and start the journey.

- First stop near Beldersay gorge. Take a ride on the chair lift going up to gorge to Kumbel peak (2400 m), where the longest Ski track in Uzbekistan has its start. Have a walk in the mountain area. You will enjoy the breath-taking nature sights of the mountain peak.

Have lunch in mountain restaurants in the place named "Bochka" by local people.