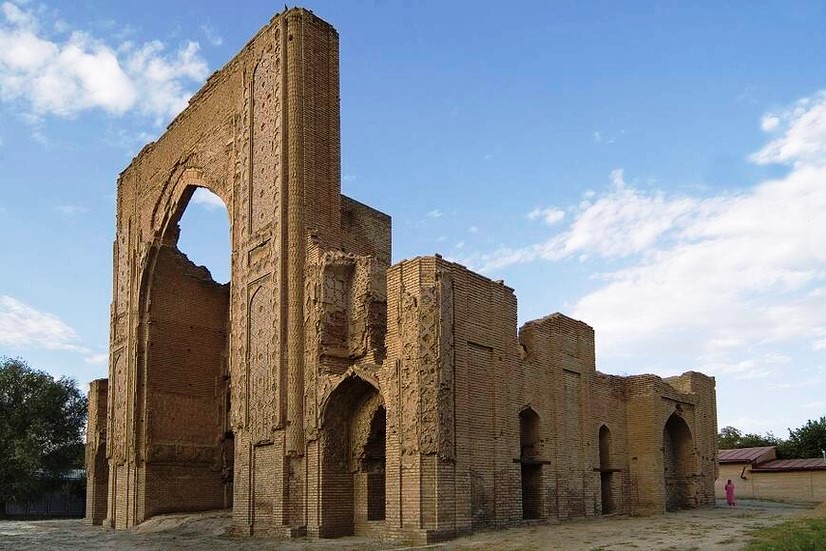 Ishrat-Hona Mausoleum is located in the south-eastern part of Samarkand, was built in the second half of the XV century, during the reign of the Timurid ruler Abu Said Habiba for his daughter. In 1940 during the excavations there were found several female burials. Thanks to them it became known that the building apparently was the burial place of the representatives of the Timurid dynasty.

"Ishrat-Hona" means "House of amusement." Most likely such an interesting name was given to the mausoleum due to its rich decor. There are colored glasses in the architecture of the building, its walls and façade are decorated with gold paintings. Despite the mausoleum was subjected to earthquake and has never been restored, the surviving ruins are evidenced the beauty of the building.

Ishrat-Hona Mausoleum is a unique architectural monument, which already during six centuries attracts every tourist look.