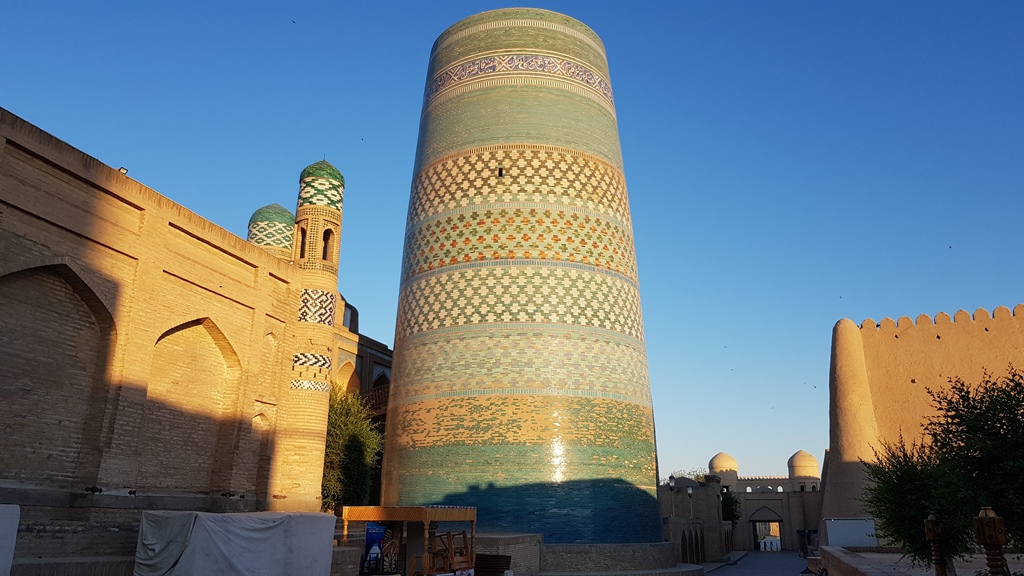 Kalta-Minar Minaret means «Low tower» is located in the inner of Khiva. The building was erected in the 19 century by the ruler Mukhammad Amin-khan. The minaret is unique that it was not completed. According to his plan, the height of the building was to be 70-80 cm, but construction was finished at 29 cm.

Despite the minaret was not completed, it is impossible to imagine Khiva without this mighty building. The building is famous not only its big sizes, but above all it is the only minaret which is covered with blue and white glazed tiles and majolica. There are many legends and stories about Kalta-Minar Minaret. One of the legends says when Bukhara khan heard about Muhammad Amin Khan’ construction, he asked his architect to buld the same building in Bukhara. But as soon as Muhammad Amin Khan learnt the news, the architect was thrown from the minaret. This was the reason the work was stopped because nobody else could finish the construction.