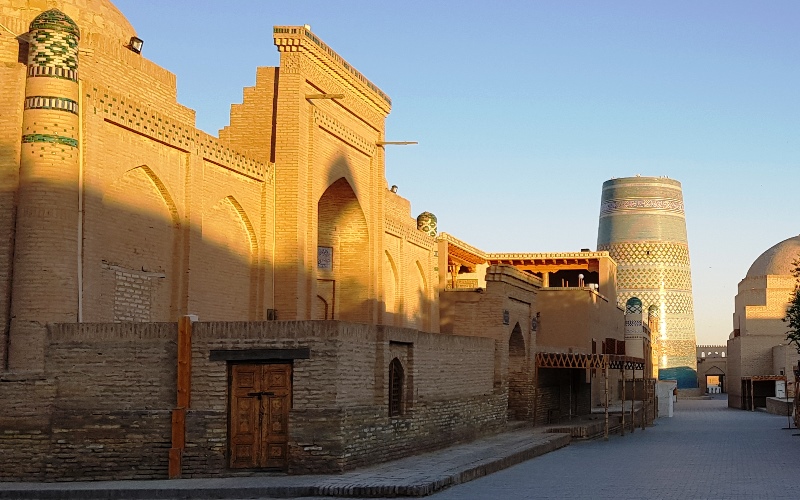 Said Muhammad-khan Madrasah is located in one of the most picturesque places of Ichan-Kala. The building was built in 1876 after the death of Khan Said Muhammad, by his son Said Muhammad Rahim Khan II, under the leadership of Muhammad Murad (Chief of Khan's army).

Madrasah consists of two courtyards: internal and external. The external courtyard is surrounded by one-story cells and has a rectangular shape. There is a two-storey facade, lined with white and blue tiles. There are also winter and summer mosque, library, darshona and various outbuildings in madrasah. Said Muhammad Khan is the tenth ruler of the dynasty kungrat in Khiva, who ruled from 1856 to 1864. During the reign of Said-Muhammad-khan, here was built viewing platform (kurnishhona), as well as trade, art, craft and science were developed in the town.

Said-Muhammad-khan Madrasah is an architectural creation and one of the most magnificent madrasahs of Khiva.