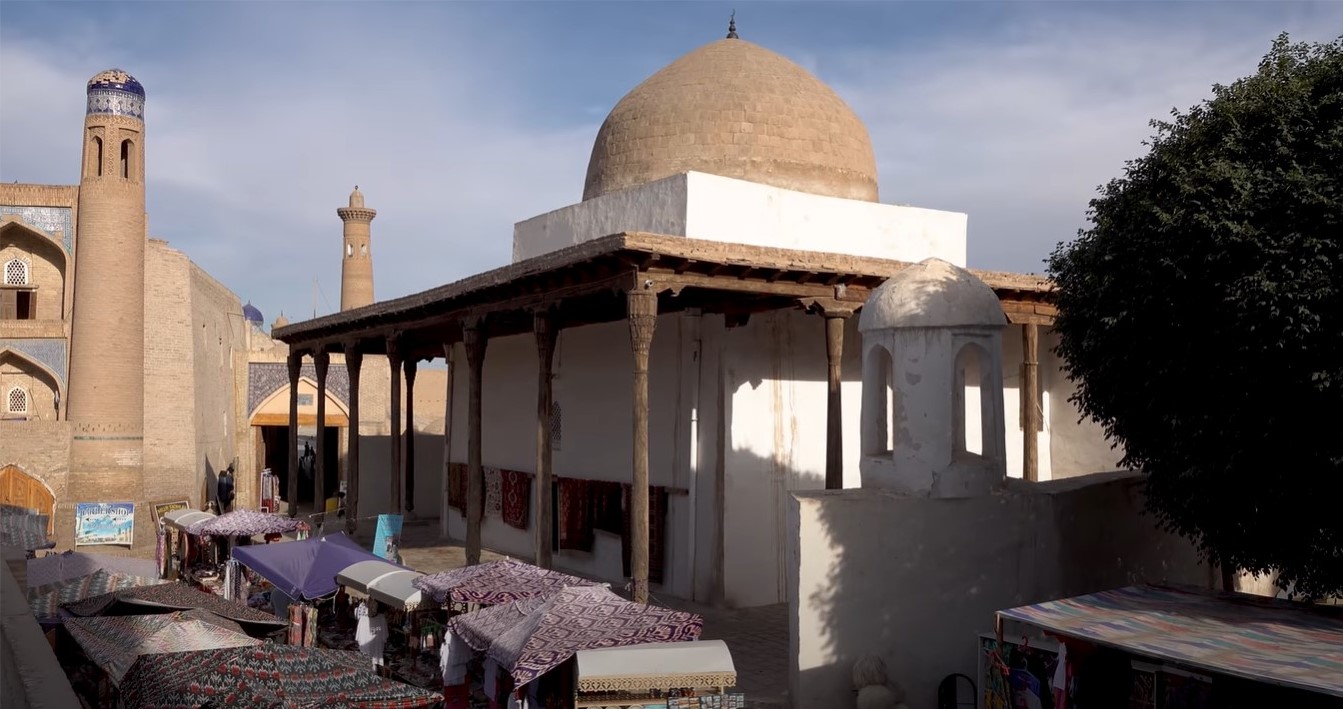 The foundation of the Ak-mosque ("White Mosque") was founded in 1647 with the bath Anush Khan. There are inscriptions on the doors of the mosque, reminding that the building dates from the years 1838-1842, as well as the names of Khiva woodcarving masters: Nur Muhammad, the son of Adin Qalandar, Kalandar, the son of Seyid Muhammad.

The mosque consists of a domed hall with three galleries. There is a mihrab-nich on the south side, orienting religious persons to Mecca. The decoration of the mosque has a lot of interesting elements with elegant and original carving. Domed room (6,35X635m) is surrounded by multi-column ayvans with mihrab niche. Carved wooden columns are the main element of the decoration, which were made by the most prominent masters of Khiva. The walls of the building are decorated with beautiful carved alabaster. But the name of the mosque is associated not only with that but also with the fact that the building occupies the commanding position among the other buildings in this quarter.

According to historical data, the origin of the name of the mosque is due to the fact that once there was a mosque, the remains of which can be found under the niches of the modern Ak-mosque.