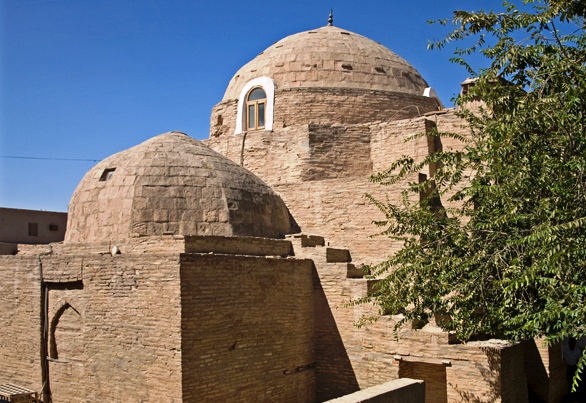 A square building (ziyarathana) was attached to the mausoleum on the left side. The decor and architecture of the building is quite simple. There are not any fancy elements; even the walls of the building are made of brick. However, during the excavations architects found the elements of carved pottery, preserved from the original building.

In 1825 the building was restored. Portal of zirathana is decorated with calligraphic verses, saying that restoration was done by the orders of Allakuli Khan (1825-1842). During the restoration works masonry was strengthen, as well as a lot of work was done on the restoration of the original appearance of the mausoleum. Colored majolica was made in the best traditions of Khorezm’s art of XIV century.