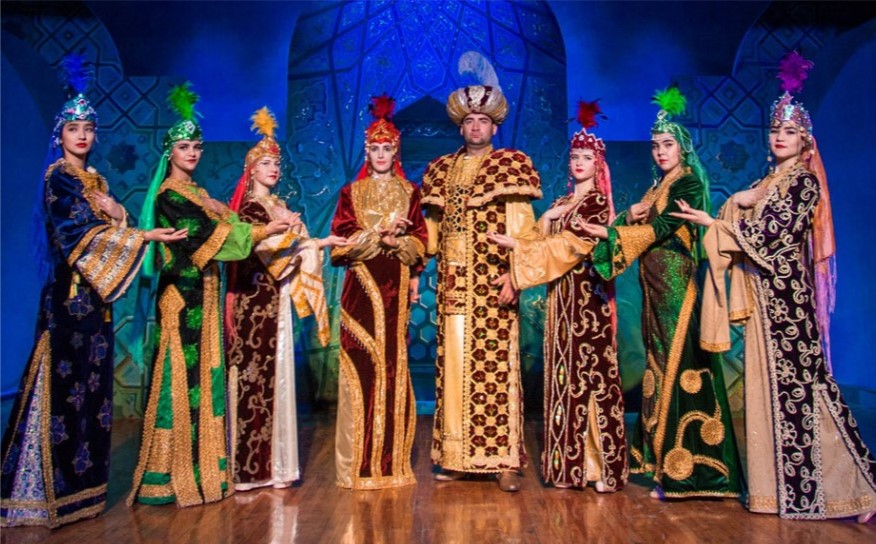 The theater of historical costume "El Merosi" ("The People's Heritage") has been working since 2005. Today, the theater "El Merosi" offers you the costumes of different epochs. Thanks to them, we can get acquainted with the secrets and laws of folk art’s beauty.

In Samarkand theatre of historical costume "El merosi" you can see the life and traditions of the residents of our region from the earliest times to the present. Here are the costumes of different historical periods:

- Costume of Scythian horsemen and warriors of the first millennium BC, was created based on the Hermitage collection, the Institute of Oriental Studies and the Academy of Sciences of Uzbekistan. The leather fabrics and animal skins were used for their production.

- Anahita costume of 6th century BC, was created based on the funds of the Samarkand Museum of History, found on Afrasiab settlement. The fabrics of different colors were used for sewing.

- Achemenid costume dates from the 8th century BC, was created based on the stone reliefs of palaces in Parsa, Pasagardy (Persipolis) and Babylon. There are clothes of rich people and soldiers here.

- Tamerlane costume of XIV-XV centuries are created based on the miniatures Shah-Nama, Babur-Nama, Zafar-Nama. Velvet, brocade and embroidery were used for their sewing.

The power of folk costume is so great in Samarkand theatre of historical costume "El Merosi" that if you are here, you will feel the connection with the ancient origins of culture, customs and traditions.