Minaret, a symbol of East 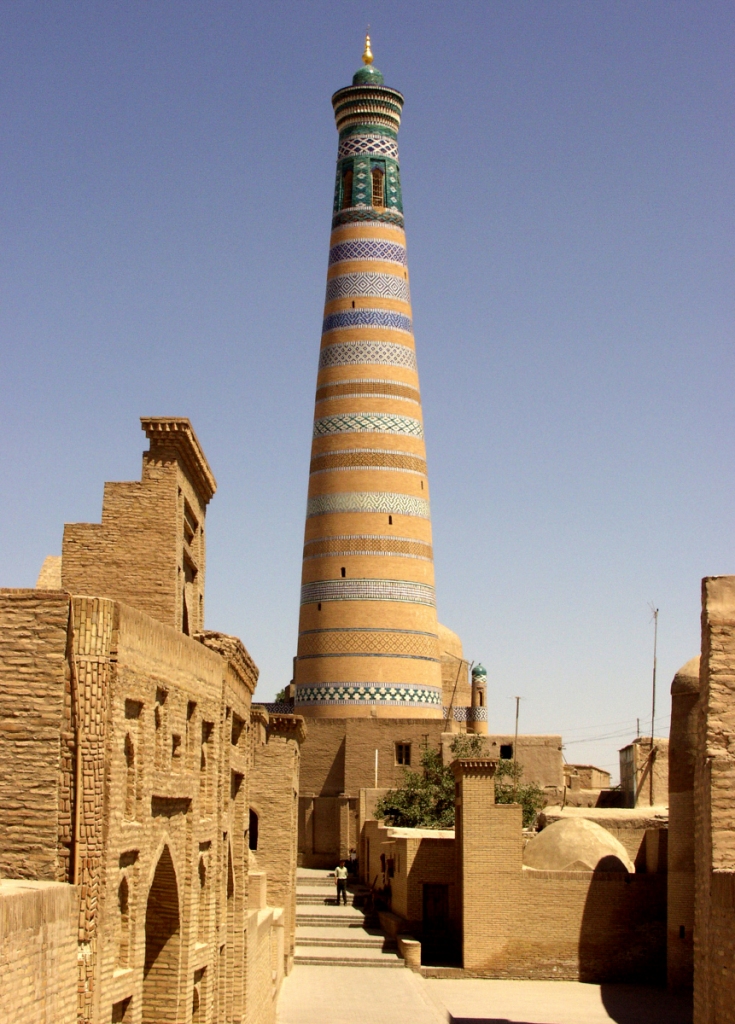 Minaret is one of the most interesting and mysterious forms of Oriental architecture. It’s a mandatory element of urban architecture and often is a symbol of the city. The word ‘minaret’ or Arabic ‘minara’ means ‘place where something is lit’, or ‘emanating light’. We are talking about spiritual light that symbolizes human soul.

Most researchers consider Syria to be the place where minaret first appeared in Islamic architecture. The first minaret was with quadrangular plan and after some time it took more rounded shape. On the territory of Central Asia construction of minarets began after Islam spreading.
But before this time we can also see special towers of different types on the territory of Central Asia. They mostly were the part of the fortress wall. There were also Burji towers in each city with a fire on the top. Such kind of towers used as beacons. 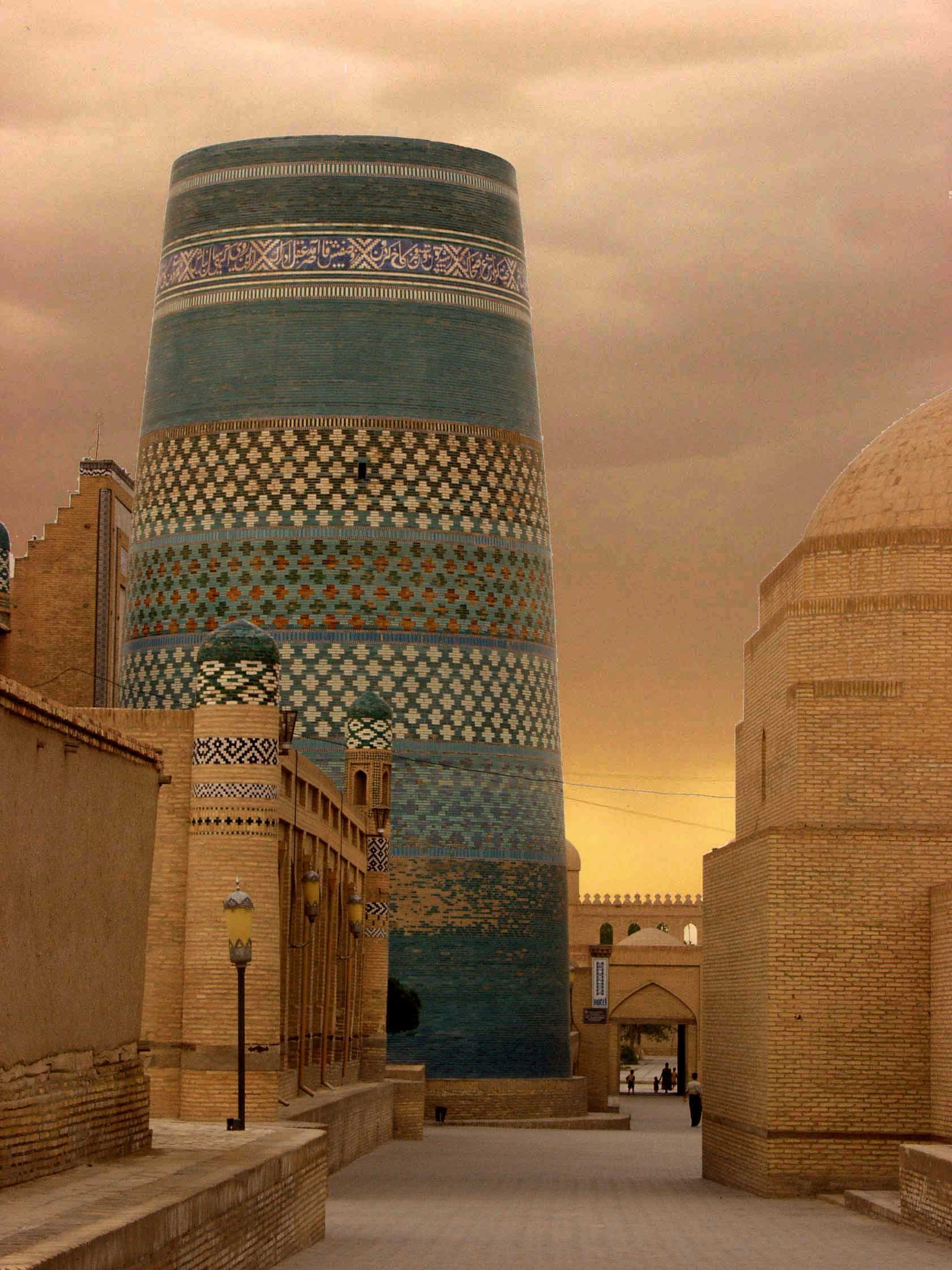 But the active construction of minarets in Central Asia began from XIV till XV centuries. If before the main function of minarets were rituals, from that time they were built as a symbol of the state or personal prestige. Minarets also acted as essential aesthetic component of the building composition without special functions.

Every madrassah had minarets that used to announce the start of training sessions, meal breaks, news and unplanned meetings. Single-standing minarets performed defence functions and were used for visual observations. Kalyan Minaret in Bukhara can be the best example of this function.
Some minarets contained a vaulted lantern – covered rotunda, where azanchi choir climbed to call the faithful to prayer. Functions of minarets mostly depend on their design, form of wedding (with a lantern at the top of ladders or needle), horizontal and vertical cutting the trunk and others.
﻿