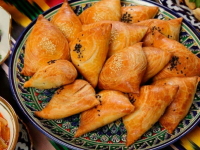 Delicious, fragrant, baked to brown crust samsa, like a bright sun in the hands of an experienced chef - perhaps one of the most famous dishes in the region of Central Asia, which enjoys a special honour in Uzbekistan.

Samsa is small pie made from puff pastry with a wide variety of all kinds and forms fillings. Each country is characterized by special cooking secrets - many options and recipes.

Where does the name of this eastern miracle come from? There is a sad legend about the beautiful Samsa - Bibi and her beloved. The girl languished in a lonely tower, and when a young man had ridden to her on his horse, she did not want to wait at least minute and, instead of going down the stairs, jumped out the window, hoping that her love would give her the wings. But the miracle did not happen, and the beautiful girl fell and died.

However, even having died, the young Samsa was incredibly beautiful, and the grieving bridegroom invented baking with her name.

The legend remains legend, but historical facts claim that samsa most likely appeared and became known during the period of the great campaigns of Tamerlane, other sources prove that this may have happened much earlier - under Alexander the Great. 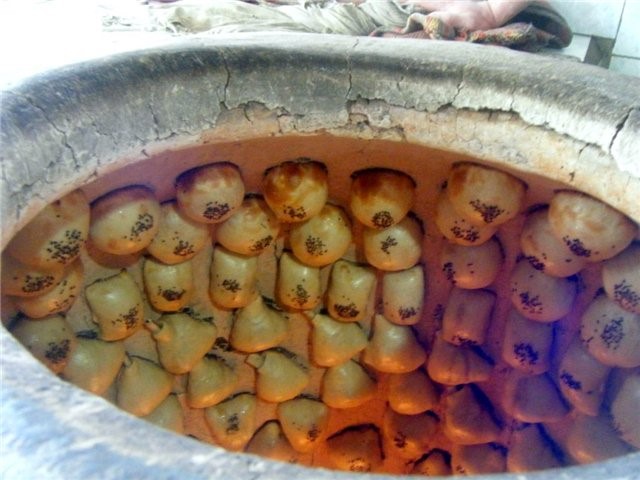 At present, there are many fillings for samsa - nourishing beef or lamb, appetizing chicken meat, and dietary vegetables - pumpkin or potatoes. In addition, during the spring, you can try the most delicious samsa with Mador grass.

According to the ancient tradition, the most delicious samsa is baked in a large-sized clay oven, called “tandyr”. Hot coals are placed on the bottom of such a furnace, and blanks for the future samsa are attached directly to the walls. The heat from the coals quickly cooks and rouges pastries. It is significantly different from the samsa cooked in the electricity oven with its taste.

Whatever recipes and methods are used in the cooking of this delicious pastry, samsa will always personify the hospitality and warmth of Uzbekistan!