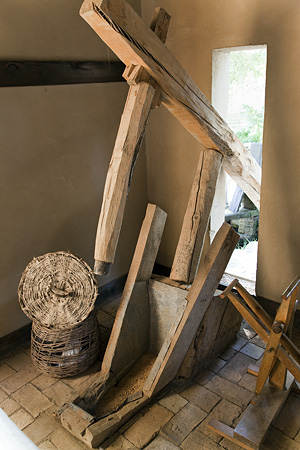 Today, in the 21 century, it is difficult to imagine the modern activity of humanity without paper. In spite of ultramodern IT-technologies, paper remains the main medium.
The famous historical fact is that paper was born in China. China held the monopoly for many centuries, keeping the secrets of its production. But the history points at the fact that paper was also produced in other countries.
In July, 751 on the river Taraz (Talas) the Chinese army invaded to the territory of Central Asia. But the ruler of Samarkand Abu Muslim directed his army against foreigners and captured twenty thousand of the Chinese. Among the Chinese soldiers there were many origins from craftsman families, including those who produced paper. Evidently, saving their lives they exposed all secrets of the technology to the local craftsmen. From this time, beginning from the VIII century, paper was produced in Samarkand, and at the beginning of the IX century the production of writing paper considered the important branch of workmanship.
During Amir Temur’s government the production of paper continued to be one of the main branches of workmanship. It is known that in latest time, at the beginning of the XVIII century, in Samarkand and its environs there were 42 workshops on paper producing. They were opened in Kokand, Bukhara and Tashkent. Cotton, silk and a rind of mulberry tree were used as basic material. 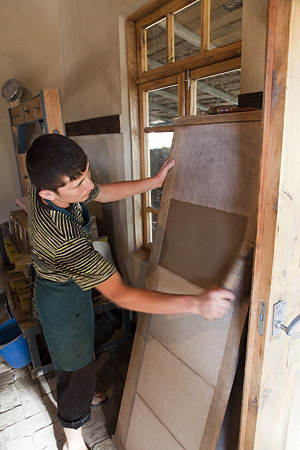 Today the famous in the past Samarkand paper is produced on old formulas in a special built paper workshop in the village Konigil near Samarkand (at 10 km. from the center of Samarkand).
The production mechanisms, as in the past, are operated with the help of the water wheel, using waters of the river Siab. Here, as many centuries ago, one can see the whole process of the famous Samarkand paper production on the ancient renewed technology.
Samarkand paper from the moment of appearance and till the end of the Middle Ages prevailed on the oriental and western markets. Different sorts of this products during one thousand of years, from VIII till XIX c. were famous not only in Central Asia, but in Middle East and Europe – Spain, France, Germany. The majority of Persian and Arabic manuscripts of the IX-X centuries were made on exactly Samarkand paper.
The technology of Samarkand paper producing is the following. The cuttings of two years branches of mulberry are soaked into water. The rind is peeled bast fibres are removed. Then the fibres are dried for the usage in winter or are put into the kettles. They are boiled in the kettles for 24 hours. After this they are pulverized in the mortar using the wooden pestle, which operates with the help of water from the aryk. The resulting intermediate product is filled with water, scoop up a screen in the form of a rectangular sheet of paper. At that time, as the water flows down, the pulp is shaken to mix the fibers. Wet leaves are placed under pressure, a day it is spread on smooth vertical surfaces, smoothing brush. Dried sheets have porous surfaces. To give the smoothness they are polished with shells. The natural color of Samarkand paper is light brown. For giving colors natural ink is used: juice of shokhtut - deep blue, juice of usma - green, onion peel - orange, indigo - blue, madder root - red, etc. Masters can decorate with the pressed flower petals. 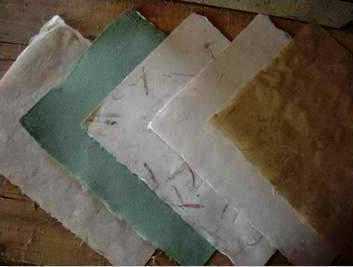 For thousands of years the masters from Samarkand developed the technologies of different kinds of paper producing: “Samarkand sulton kogozi” (Sultan sort). Paper was white, thin and soft. “Samarkand shoyi kogozi” (silk). Paper was also very smooth, thin, but had a light yellow color. “Mir-ibragim” had watermarks in white ring. And for producing “Nimkanop” sort (half hemp) the wastes of silk were mixed with bast fibres. The color turned out brown.
Now Uzbek miniaturists have an opportunity to create their masterpieces on paper, that was used by medieval authors. The products from the workshop from the village Konigil is also used in Japan while restoration of ancient manuscripts and in rarity publications. The examples of modern Samarkand paper are claimed in tourist industry of the country. Texts of menu, original souvenirs-boxes with rolls of Samarkand paper, different oriental masks, for example girls with small pigtails or smiling boys in national caps – all this is made in the workshop of Zarif Mukhtarov “Konigil-Meros”.
Art and techniques of Samarkand paper is becoming perfect every year. Diplomas and awards got in the international exhibitions, which were held in Kazakhstan, Holland and other countries are evident of it.