In ancient times state and economic paperwork was based on the Arabic script on the territory of modern Uzbekistan. Central Asia calligraphers have been actively developing the craft and soon it became not only writing but the real art.

Calligrapher was an honorable profession

Calligraphers’ work was difficult but through it they could put into practice their creation. That’s why the profession was honorable and calligraphers belonged to intelligentsia. But not every calligrapher was talented – there were only few of them.

The rumors about talented people spread rapidly around all khanates and high-ranking officers contacted with such kind of people. There were special schools in each city: Tashkent, Kokand, Khorezm, Samarkand and Bukhara. 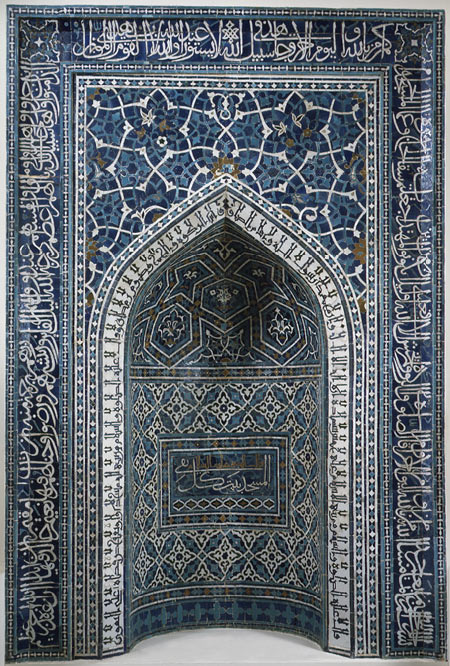 Each school has its particular qualities and specialists could determine who has written one or another inscription. Different styles of Arabic script were used in architecture, carvings and paintings ganch and wood. It was even used in design of household utensils, clothes and other kinds of art.

Naskh, Rayhan, Rivo, Suls ans Kufic was the most common and popular styles of writing. But calligraphers often used letter nasta'liq - it can be seen in the design of fabrics and carpets. In literature calligraphers used the style most closely conformed to the image and character of the hero.

Each calligrapher developed the art and used his own style. Danish Ahmed, Kazi Achildy, Hudaybergan Muhrkan and Turdi Ali were the most famous calligraphers of the second half of the XIX century.