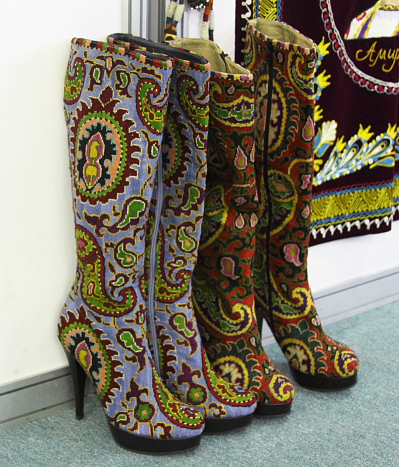 Uzbek shoes of XX century were produced by special masters - usto. They used different types of leather, getting it from sheepskin, goat skin and cowhide. The leather for shoes usually was covered with the desired color, decorated with paintings and traditional patterns.

The most popular footwear for men was kavush (shoes with high heels and twisted nose). In winter time men put on boots (chorik) with thick but very soft leather. It’s interesting that the popular color of boots was yellow or brown. Lighter boots were made from goat skins. They were fully embroidered with silk threads and had a high heel. But such kind of boots was available only for wealthy young man.
Ordinary citizens put on mostly ichigi - boots without a heel with soft soles. Locals call them makhsi and used only with kavush. According to traditions men were taken kavush before entering the house. So they can freely walk around the house with makhsi. 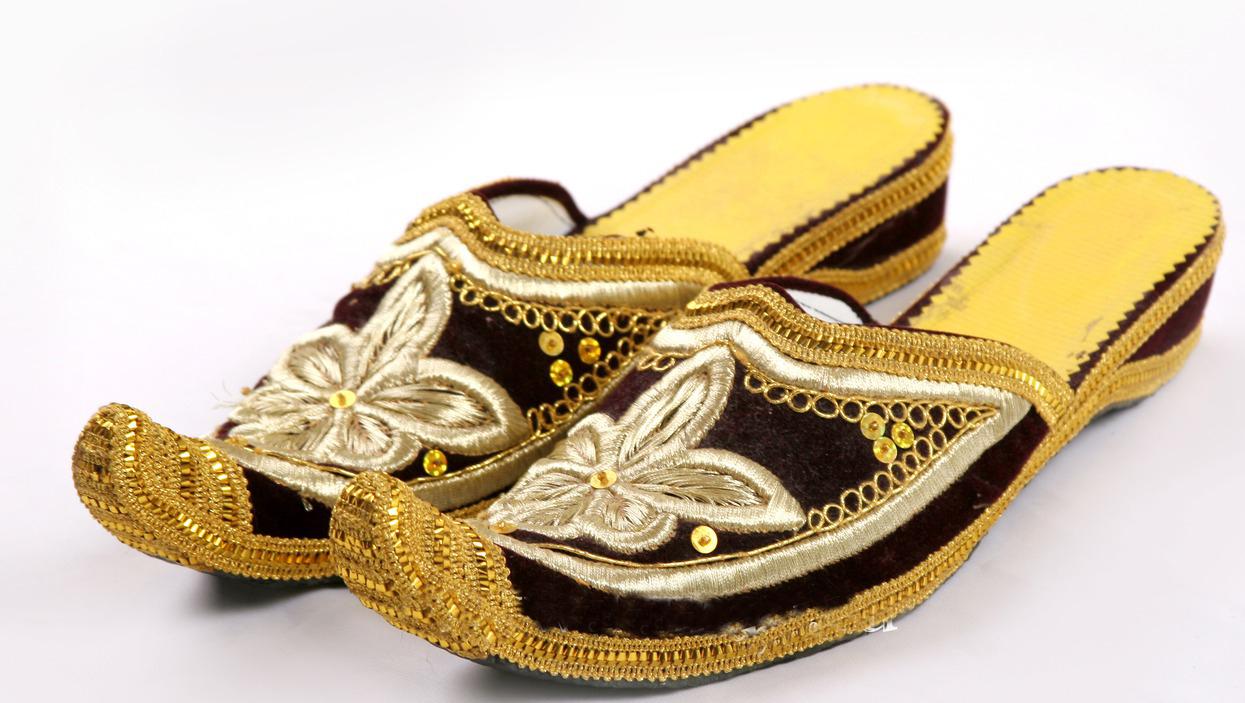 As for women – they mostly put on small kavush (half-shoes), made of brown, or yellow skin. But suede shoes from the local green (Cook kavush) considered the better ones. Rich women preferred to out on Nogay made from chrome leather. Heels were high, and noses - narrow.
Low-heeled shoes with narrow toes and low backdrop – zayfona kavush - were very popular in Tashkent. It wasn’t allowed for women to leave house bootlessly. Young girls and women wore boots with high heels, boots and black nimchakma kavush. Their bootlegs had bright and beautiful embroidery.
﻿