Gissar  mountain fir reserve
Gissar reserve was found in 1994. as a result of merging Kyzyksui and Mirakin reserves, and now its territory is 80986 ha. The territory is typical with numerous gorges, caverns, streams, waterfalls and small glaciers.
The aim of establishment of the reserve is the keeping mountain ecosystems and snow leopard.
The total amount of vascular plants is not less than 800-900 types. Among mammals there are tailed marmot, tolai hare, porcupine, wolf, fox, also white clawed dear, snow leopard and others. Among birds there are bearded, snow and black vultures, eagle, owl and etc.
Gissar reserve is very interesting. There is a rock with the dinosaur footprints. In the northern part there are several small glaciers, such as Glacier Severtsev and Batyrbay.
In the fir groves there is a wide spectrum of hardwoods, among which there are acer turcestanicum, barberry and dog rose.

Nurata State reserve
Nurata State nature reserve is located on the South West of the Republic of Uzbekistan, in the central part of the Nuratau gorge. The main aim of the reserve is keeping nut and fruit, spruce mountain forest ecosystems and protection of the unique population of the sheep Severtsev.
The area of the reserve is 17752 ha, 2529 of which are covered with forest. Ten big and small streams, which don’t become dry in summer, are crossed in the reserve.
About 600 types of plants grow on the territory of Nurata reserve.
One of the migration ways of birds passes through the Nuratau gorge.  The permanent inhabits are Indian starlings, partridges, eagles, griffon vultures, black vultures, black stove, rocky oatmeal. Relatively abundant are mammals. Birds and animals which are listed in the Red Book of the Republic of Uzbekistan: 3 types of reptiles, 18 - birds, 4 - mammals: striated Asian wolf snake, Central Asian cobra, desert monitor, bearded vulture, griffon vulture, black vulture, golden eagle, booted eagle, Brandt's hedgehog, long-eared bat, sheep Severtsev. 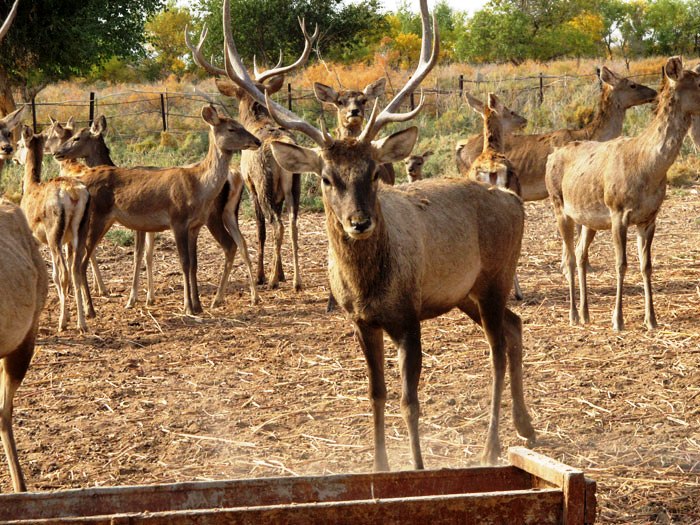 Baday-Tugay plain tugai reserve
Baday-Tugay reserve was found in 1971. in the Karakalpak autonomous Republic. The area is 6497 ha. The reserve is located in the lower Amudarya, on the territory of Beruniy and Kegeyliy districts, on the right shore of the river.
The aim of the reserve establishment is keeping tugai ecosystems and Bukharian deer. Today the amount of deer in nature and adjoining territories is more than 300 individuals.
There are 167 types of plants in the reserve, 2 of them are listed to the Red Book of the Republic of Uzbekistan.
Fauna: 26 types of fish, 2 types of amphibians, 13 types of reptiles, more than 91 types of birds, 15 types of mammals, including amudarya pheasant, jackal, jungle cat, wild boar. 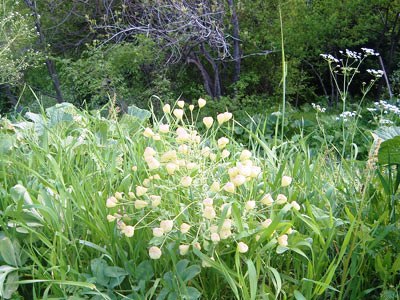 Surkhan mountain forest reserve
In 1987 Kugitan State preserve was joined to Aral-Paygambar reserve and reorganized into Surkhan State reserve. The Kugitang area of this reserve is characterized as mountain forest ecosystem. Tugai and mountain ecosystems, Bukharian deer, markhoor are under the protection.
In the fenced-off area of the reserve there are historical and cultural monuments, and in the Southern part Baysuntau the famous grotto Teshik-Tash was discovered. The incomplete skeleton of the small boy - Neanderthal man was found there.
Today 578 types of plants are registered in Kugitang reserve.
Types of animals and birds which are listed to the Red Book of IUCN (International Union for Conservation of Nature and Natural Resources) and the Republic of Uzbekistan: 5 types of reptiles, 6 types of birds, 7 types of mammals, including small and large amudarya shovelnoses, zherekh, aral and Turkestan barbells, striated Asian wolf snake, Central Asian cobra, golden eagle, black vulture, Turkestan lynx, Asian Near East leopard, striped hyena, markhoor, Bukharian sheep, Persian gazelle, Bukharian deer. 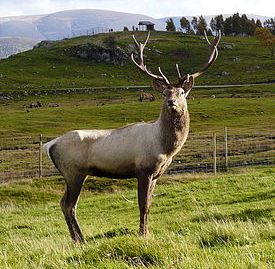 Zaravshan valley tugai reserve
Zaravshan State reserve consists of two separate areas (upper and lower), which are located along the Zaravshan river. Its territory begins from the Chupan-Ata tops and stretches along the right shore of the Zaravshan for 47 miles. The aim of the establishment of the reserve is restoration and keeping the endangered nice Zaravshan pheasant and precious officinal shrubbery - sea-buckthorn
More than 100 types of birds and six types of fish are registered in the reserve.
Fauna: ordinary tolai hare, badger, vulpes caragan, jackal, jungle cat, porcupine, vormela peregusna.
On the small territory of the nature reserve there are about 300 kinds of plants from 6 families. 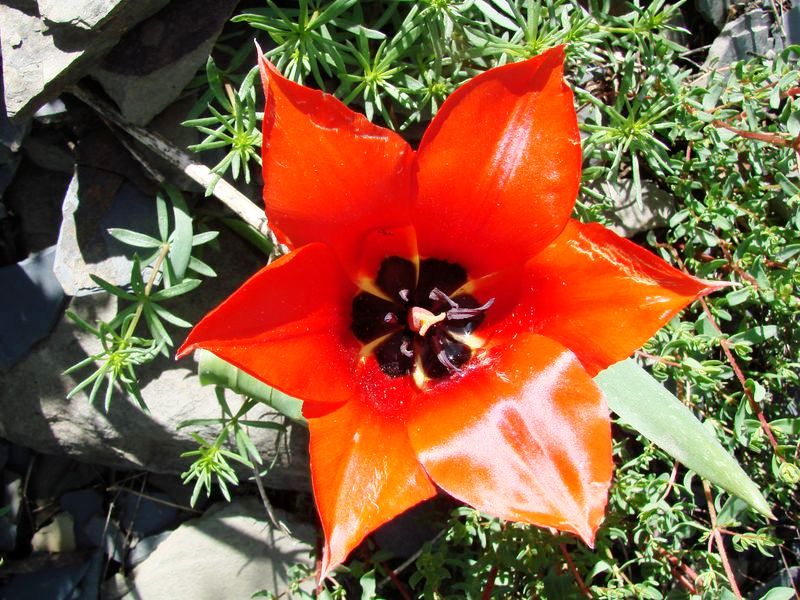 Kyzylkum tugai sandy reserve
The reserve was established in the coastal zoneof the Amudarya. The area is 10311 ha., 5144 ha of which are covered with forest, 6964 ha. are in the sandy zones and 3177 ha. in the high-water bed. The zones of the reserve, which are covered with forest are extremely natural plantations.
The reserve was established with the aim of keeping tugai sandy ecosystem with its biodiversity, aboriginal tugai forests – Bukharian deer, the amount of which has been increased since 1991. Today, according to the latest date of 2008 more than 110-130 individuals inhabit in the reserve.
More than 150 types of highest vascular plants grow in Kysylkum reserve. 3 types are listed to the Red Book of the Republic of Uzbekistan. 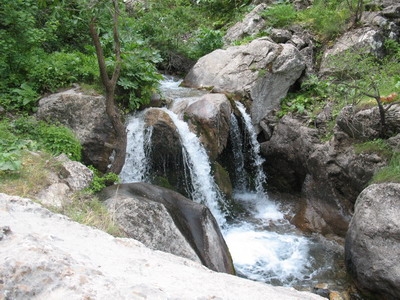 Zaamin mountain fir reserve
The reserve is situated in Djizak region of Uzbekistan.
The history of the establishment of Zaamin reserve is connected to the name of the Great Russian naturalist A.P.Fedchenko, who with his wife, the botanist and artist, at the end of 60-s of the XIX century explored the western part of the Turkestan gorge.
The aim the reserve foundation is keeping the unique natural fir forests with characteristic animals and flora.
The area of the reserve is 10,5 ha, 4161 of which are covered with forests.
Several hundreds of plants grow in the reserve.
At the point of 1760-3500 meters above sea level there are mountain fir ecosystems, white clawed bear, bearded vulture and black stork which are under the protection. 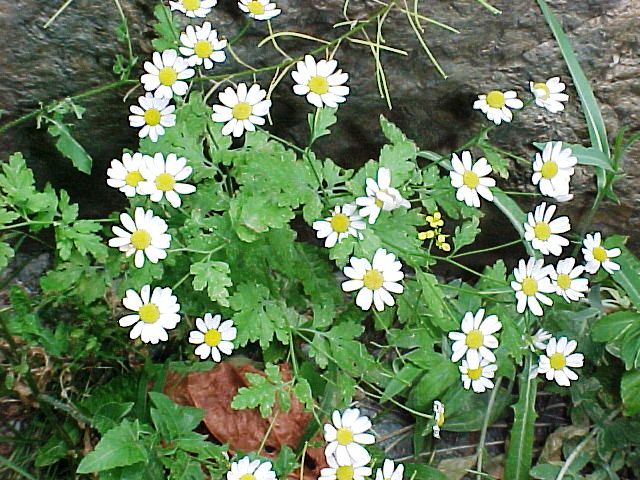 Kitab geological reserve
Kitab State reserve is situated in the south-western branches of the Zaravshan gorge, the diapason of the heights: from 1300 m. to 2650 m. Kitab State geological nature reserve is the owner and keeper of the world stratigraphic standard.
Flora includes more than 500 of kinds. Fauna represents 21 types of mammals and 120 types of birds, including those which are listed to the Red Book of Uzbekistan. They are golden eagle, bearded vulture, booted eagle and others.