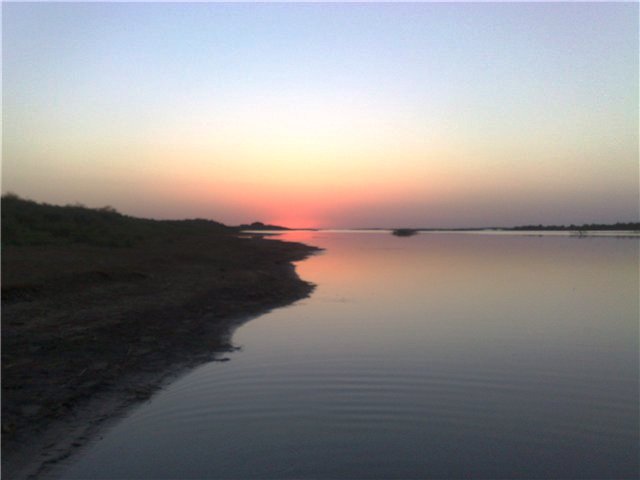 Aydarkul is a large drainless lake in the northeastern part of Uzbekistan, it is the artificial reservoir in the Aydar-Arnasay system of lakes. It occupies 4000 sq.km. Today it has an area of 3000 square kilometers. Its length is almost 250 km, and width – to 15 km.
Aydarkul is located far from populated areas. About 345 families (approximately 1760 people) live near the lake. That is why it is very calm in this area.
The Aydarkul area has a great potential for fishing, cattle-breeding and, of course, tourism.
While arriving in Aydarkul, you feel the unrestrained rapture. From one side there is a poor desert South Kyzylkums, and from another side there is blue water, behind which there are the Pistalitau Mountains, and further there is the Nurata ridge. Water takes about 200 km. of the mountains. Before, there were alkaline lands, and then the lakes appeared. The lakes were formed by means of the collector drains from the fields. Now together with the water escapes from the Chardara reservoir they are poured out to the huge basin, comparable with the sea. The Aydarkul lake appears unexpectedly. The shore is absolutely uninhabited. There are only two wattle houses on the other side of the bay. There are many different birds. The shore of the lake is a low steep with a small beach. During the hot season people come here and swim, but in October the water is +15˚, not higher. 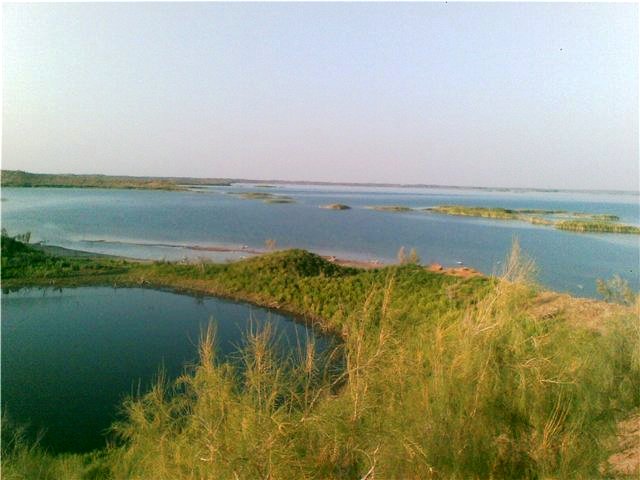 Aydarkul was the lake, which was difficult enough to see on the detailed map. It was formed about fifty years ago as a result of the catastrophic flood water escapes of the Sirdarya when the Chardara reservoir was overflown. But today the lake is fed generally with the salt waters of the collector canals - water escapes.
As a result of the drying up Aral sea, the Aydarkul lake became the biggest salt lake in Uzbekistan. It inherited from the Aral sea the names of different shore and water formations. In the Aydarkul not only narrow and shallow channels but all small lakes are called the kultuks. During the spring level rising the lakes are connected to the floods, or even isolated small reservoirs, fed with underground waters.
There are many kultuks on the Aydarkul lake, and it is explained by the peculiarities of the local relief. The lake itself is the flooded saline cavity, surrounded with the low hills, behind which there is a flat steppe.  After the flood of this cavity the hills changed into the islands and peninsulas, and the lowlands between them turned into these kutluks. To say the truth, it is not easy to approach to great waters of the Aydarkul, one has to overcome some kutluks. It is not obligatory to do this on the ship, some of the kutluks stretch for dozens of kilometers. Sometimes even the experienced local people ramble in search of the kutluks’ detour.
The salinity rises from the mouth to the riverhead of the kutluk. It can be seen well according to the seaweeds. The growth in the mouth can be solid, but there is not any growth in the riverheads. They simply cannot grow in such salty brine. But there is much fish there. 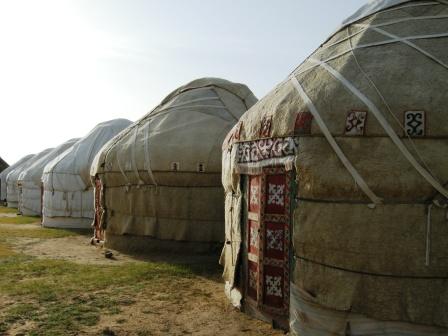 The Aydarkul lake is the ideal place for fishing in Uzbekistan. In spite of the shallow water, you can catch rather big carps, crucians, Aral roaches or rudd, silver carps and mudfish. But in daylight most of the nonpredatory fish hide in the seaweeds, and the fish can be active at dawns or even in the dark. In daylight it is possible to catch Aral roaches or mudfish. It is useless to catch something in the kutluks during winter or early spring, fish goes to the depths.
On the shores of the lake there are many rare birds, which are put down to the Red Book.
Yurt camps located along the Aydarkul lake are popular among the tourists. The yurt camp “Aydar” is considered one of the largest and comfortable camps in Uzbekistan. For ages the nomads have been living in such yurts. The rest in the yurt camp “Aydar” makes the indelible impression on the tourists. Here the tourist will be offered to spend the evening by the campfire and the traditional songs of the local akyn at dawn, and camel riding along the sand shore of the Aydarkul lake.