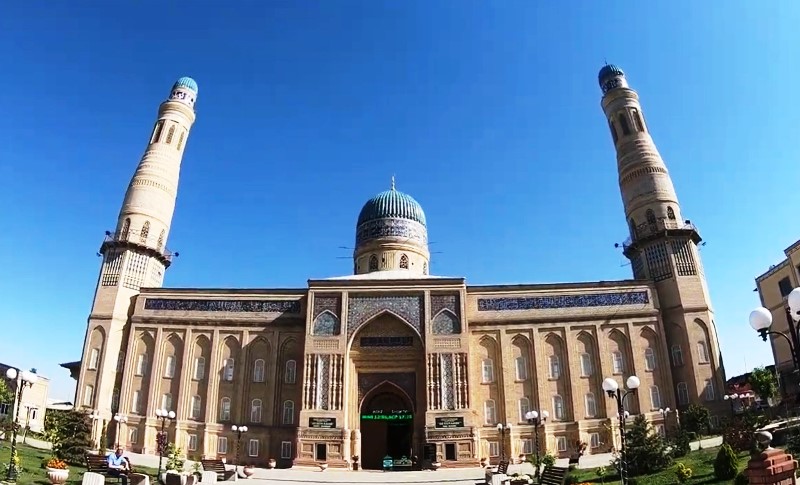 One of the main attractions of Andijan is an architectural complex Jami, which includes a mosque, madrasah and minaret. Religious buildings were built in 19 century.

Jami Mosque is located in the western part of the complex; the building was completed in 1890. It is a rectangular hall, surrounded by ayvans on three sides. The main decoration of the mosque is a graceful carving on wooden columns. The main facade of the building has 26 large arches.

Jami Minaret is bigger than surrounding structures, the length of this enormous building is 32 metre.  The barrel of the minaret has one stripe with patterned geometric designs. T he top of the minaret is decorated with a ring of blue glazed tiles.

Construction of the Madrasah Jami was begun in 1883 and completed in 1890. Architectural decoration attracts the tourists with its enormous size, because its length is 123 metre. It is a symmetrical building with a façade. Graceful slender towers topped with lanterns are located at the corners of high portal. Unfortunately, south and west parts of the building didn’t preserve. Geometric patterns depicted on the wooden lattices, give a unique view of madrassa. The dome of the building is decorated with a mosaic of blue color. Jami Madrassah is the highest not only in Andijan, but in Fergana Valley.

Other sights of Andijan - eastern gate of Uzbekistan