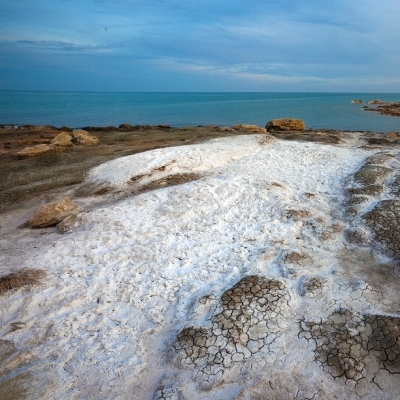 A different tour with a longer itinerary - the tour will take 3 full days and 2 nights.

The trip will include all the main attractions of the Aral Sea and its area and on top of that - BBQ party on the sea coast and stars seeing outside of dusty cities.

Day 1
Nukus - Aral Sea
08:00 Departure from Nukus to the Aral Sea via SUV vehicles early in the morning. During the road, we will quickly observe Khojeli & Kungrad districts which once were checkpoints of the Great Silk Roadway. Also, we will see a few soda and salt plants supported by foreign countries. The tastiest salt in Uzbekistan is being mined here.
Transfer to the Sudochie Lake. The name of it is taken from the Russian language - a modest tasty fish called 'Sudak' was bred there. During the last years, several flocks of red & pink flamingos keep flying over there to take a rest from Winter.
On Sudochie Lake you can purchase some fish to cook on the BBQ party later and have a talk with fishermen. Disturbing the pink flamingos especially April-June times is strictly prohibited.
Continue the way to the Aral Sea coast. There you will see the ruins of Stalin's repression victims' settlement. Also, there is an abandoned graveyard with rickety crosses symbolizing the graves of old-believers people.
Arriving at the Aral Sea. Accommodation in a yurt camp.
Lunch.
Day 2
Aral Sea - Nomad's territory
06:00 Breakfast in the yurt camp. A little time for taking pictures of the sunrise.
Leaving the yurt camp and head your way to Keinchiyak Mis, at which previously was Soviet Military Base. After you will drive further to see ancient Nomad necropolis and take a swimming time at the old Military Base.
Drive back to the yurt camp. Lunch.
After lunch, visit Kurgancha-kala dated from the XIII century. Take a birdwatching tour and walking excursion.
Dinner in the yurt camp.
Overnight.
Day 3
Aral Sea-Muynak-Nukus
08:00 Breakfast in the yurt camp.
Leave the camp and transfer to the settlement of the Soviet army called 'Komsomolsk'. Located in the heart of Ustyurt Plateau, it still remains mysterious and legendary among people who live here or know the history of the Aral Sea.
Transfer close to the bottom of the Aral Sea. Stop-by Muynak and take a quick tour in it. Visit the Cemetary of Ships. Most of them were driven to here by hand and put in a straight line. They getting destroyed by harmful sun rays.
Departure to Nukus. During the drive, you will see Mizdakhan, Khalifa Erejep mausoleum, Gaur-Kala fortress and other attractions of the Aral Sea district.
Arriving in Nukus. Transfer to your hotel. End of the tour.

- Camp-style meals: breakfast, 2 lunches and dinner in a yurt ;

- All transfers as per program by comfortable tourist class SUV transport as per terrain requirements;

- Single entry tickets to the nature and historical sites as per program;

- Meals: Lunches and dinners except those specified in the program;