Tashkent metro - a labyrinth of myths and handmade miracles, done back in 1970s. It has a complicated but very interesting story - in April 1966 a crucial earthquake did an incurable harm towards city. The tremors were hitting 8 grades out total 9 and lots of families have lost their houses.

Almost every building from old times was destroyed or demolished later because there was no point in recovering them. Whole Soviet Union decided to help Tashkent and re-build it as fast as possible. Lots of those builders had come with their families because Tashkent have had (and still having) a fame of satisfying city full of cheap foods and juicy vegetables.

So the head secretary of Uzbek Soviet Republic, Mr. Sharaf Rashidov, asked the head government of USSR for a help. He wanted Tashkent to get a subway web, that'll let people to drive to work as fast as possible. And he got a green light. 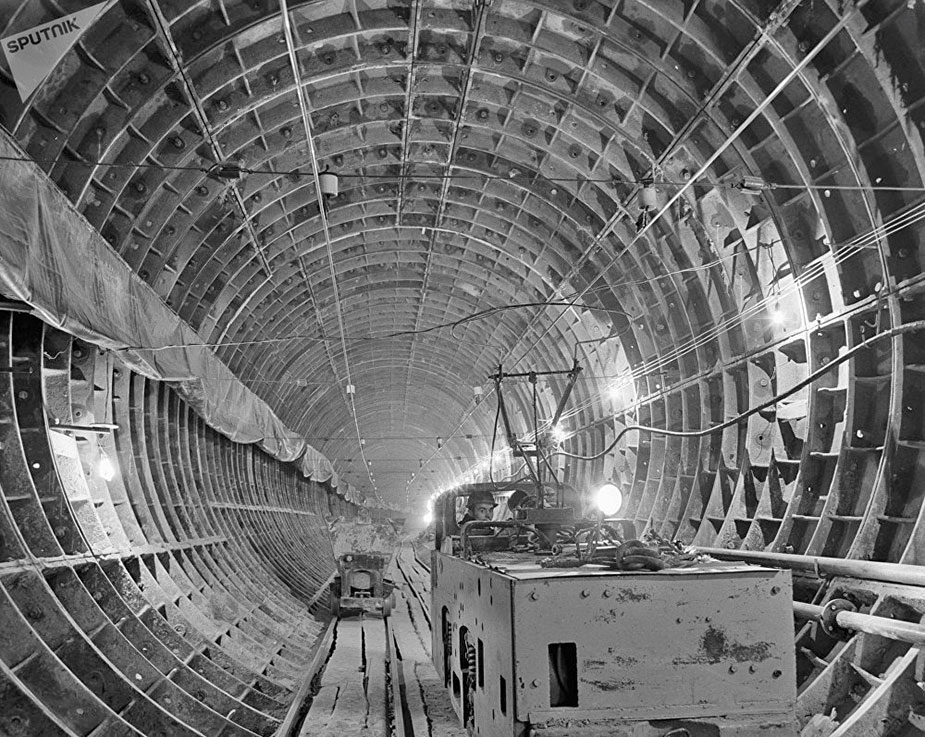 The first line and station of Tashkent's metro was named Chilonzor. On November 6th, in 1977, Tashkent has felt the first subway vibration and the doors of metro opened to everyone.

You'd ask us - why did Brezhnev, the head secretary of whole USSR, allowed Uzbekistan to build the metro web? Wasn't this region seismological?

The answer is - yes, he knew. But Tashkent was and Tashkent is - a promising city with a bright future and in 1960s the technologicy of constructing earthquake resistant buildings & objects was already known. So that's why Mr. Leonid Brezhnev allowed Uzbekistan to build the subway among halfly destroyed city.

Nowadays, the metro has 3 lines and 29 stations total. The lines are spread among the most populated districts of Tashkent: Chilonzor (line owns the same name), Yunosobod (and the line) and O'zbekiston line (Uzbek version of writing Uzbekistan)

All the stations are underground. However, none of them laying deeper than usual and Tashkent metro is considered as not deeply undergrounded. In 2016, it was decided to continue Yunusobod line further, beyond Shakhristanskaya station.

The work is almost done as of April 2020, and along with new ground metro connecting from the South of Tashkent, there going to be added 5+ new stations in total. 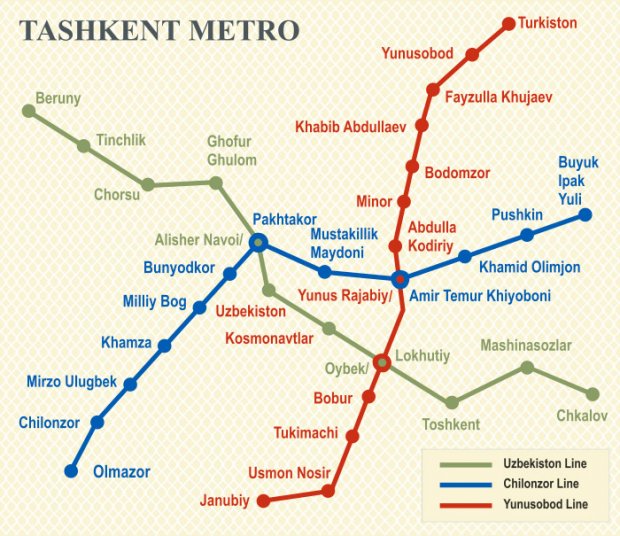 *the stations beyond Oybek on Uzbekiston line are currently in designing process. They aren't built yet.

1. Why Tashkent's metro is so popular? Answer is simple - because every station is decorated like an oriental palace hall and appropriately to the name it owns. Mostly, they are decorated with marble, mosaics and colorful glass, but the stations built in XXI century are decorated with stucco molding and geometric patterns.

3. How can I pay for entering Tashkent's metro? With your Visa, MasterCard, with local currency cash or with Uzbek NFC called 'HUMO'.

4. Is the cellular working there or Wi-Fi? The cellular is not permitted but you can use Wi-Fi spot 'Free Metrotelecom' on the central stations, such as Amir Temur Hiyoboni or Mustaqillik.

5. Is Tashkent's metro safe? Yes it is. For all the time of 43 years of work there was no big deal incident or terroristic attack. Uzbekistan, in general, is a very safe country. On the entry the policeman may ask you to show the inners of your bag or clutch.

6. Can I take photo shots in Tashkent's metro stations? Yes you can, but only if you'll use your phone or small camera. However, for taking shots with professional camera requires a special permittment and it is paid.

7. How long does it take for train to arrive during peak hours or normal hours? Around ~5 mins on Chilonzor & O'zbekiston line and ~8 minutes on Yunusobod line. The trains are shorter than you think but its because the metro itself is not so wide.