The museum named after Savitsky is the third of extraordinary places 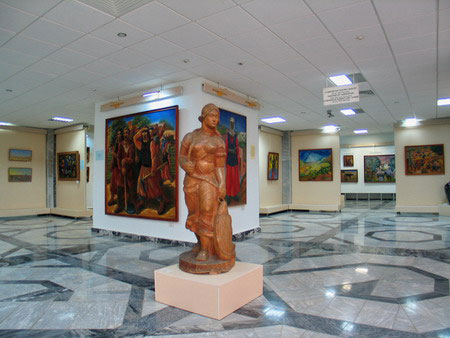 The third line is occupied by Nukus, Uzbekistan. Its soviet-build city, differs from other touristic cities. There’re not many sightseeing except one – The State Museum named after I. Savitsky. Here tourists can get to know with Russian avant-garde painting, Nukus culture.

The fond of museum includes masterpieces of avant-garde art of XX century. They are paintings by Ufimcev, Volcov, Fal’k, Bakulin, Komarovsky and others. The artworks were collected by art critic I. Savitsky in the 1960s. He acquired banned works from famous Soviet artists and transported them to Nukus.

At the moment the collection is considered as the best artworks in Asia. I. Savitsky was also impressed by local landscapes, national clothes and culture of karakalpak people. So tourists also have unique opportunity to know better karakalpak art and culture.