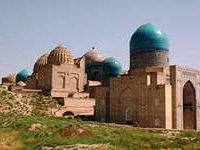 The agency The Huffington Post published the rating of countries, most popular for tourists in 2015. According to the list Uzbekistan is at the 7th place.

Modern tourists are interested in new exotic and unusual places, which are not so popular with tourists yet. By theirs point of view – it’s easier to travel, because there aren’t crowds of tourists.

So Uzbekistan is popular destination. It’s rich architectural and cultural center of Central Asia. Khiva, Samarkand and Bukhara also were key points at the Great Silk Road. Most monuments, dated X-XV century, are in good condition. But not only this attracts tourists – they want to feel charm of the East, walk in noisy bazaars.

Other popular destinations for 2015 are Rwanda, Hyderabad, Pacific Islands, Columbia, Nevis, Serbia and others.