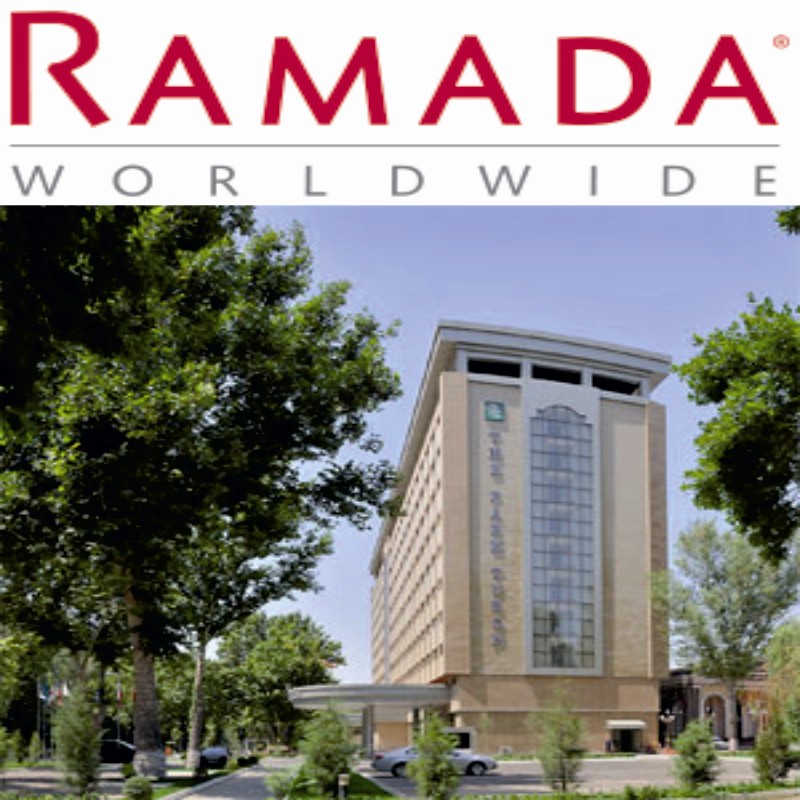 As the hotel "THE PARK TURON" informs itself, in new 2013 year it will be called "RAMADA TASHKENT". According to the preliminary data, this name will be active from January 1, 2013.
“THE PARK TURON” hotel is located in the comfortable region of Tashkent not far from the small park. This hotel is included to the list of first-class hotels of Tashkent.
Ramada Worldwide is the American hotel network, which doesn’t confine the United States only. The hotel network Ramada Worldwide is a part of transnational hotel corporation Wyndham Worldwide. Besides Ramada hotels, which are more than 900 in the world, Wyndham corporation manages 5400 hotels all over the world. The room fund of Ramada Worldwide is 105000.
The name of Ramada network came from Spanish. “Rama” is translated as “branch” and is associated with ramada (temporary open-air arbour, made of branches of trees and shrubs), ramada was popular in Arizona state during the harvest. Usually web sites of the companies call their hotels “shady resting place”.
The hotel network was founded in 1953 by the Chicago restaurateur Marion W. Isbell (1905 - 1988) and the group of investors including Michael Robinson of McAllen, Texas, who later at the beginning of 1960-s founded the company Rodeway Inn.
Ramada opened its first hotel – a 60-room facility – on U.S. Route 66 at Flagstaff, Arizona in 1954 and set up its headquarters in Phoenix, Arizona, where the chain built the Sahara Hotel on North 1st Street downtown in 1956 (which later became the Ramada Inn Downtown) and a 300-room Ramada Inn in the 3800 block of East Van Buren in 1958 that would become the chain's flagship property and headquarters.
Hotel network has different functions, including the hotel administration, franchising, real estate sale and purchase of equipment. Ramada is also developing a network of restaurants located within the hotel.