3rd of December – birthday of SMS 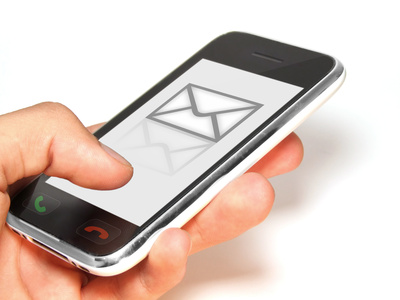 3rd of December is the twentieth birthday of SMS. SMS from English is decrypted as “Short Messaging Service”.
The history of SMS development is very interesting. More than ten years this service was  unclaimed, and then for a short period of time for the majority of mobile operators it became almost the main source of additional income.
The conception of SMS was developed in 1984 by a contribution of Germany and France into the GSM group by Friedhelm Hillebrand and Bernard Ghillebaert. The innovation feature of SMS was its shortness. GSM was optimized for the telephony that is why the main idea of SMS was to transfer messages via the signal ways, necessary for controlling voice traffic of the telephony (quality of communication, information about incoming calls) during the absence of the signal traffic. Consequently, the unused resources of the system could be employed to transmit messages at minimal cost.
SMS was used for the first time in England. On the first of December, 1992 the engineer of the company Vodafone Neil Papworth using the personal computer sent the first SMS in the world to his colleagues. The text of the message was "Merry Christmas". The technology, which changed the mobile life of millions of people over the world, appeared.
According to the report of Cellular Telecommunications Industry Association (CTIA), about 40 % of client of mobile phones use SMS. Today one can rather anonymously and free of charge send SMS via the official web sites of mobile communications.