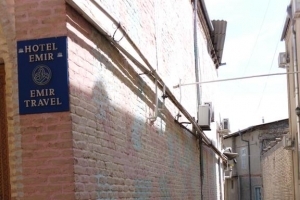 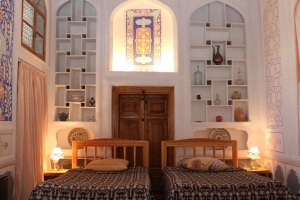 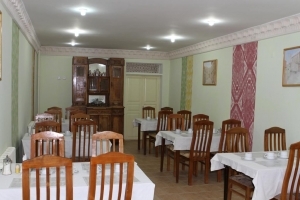 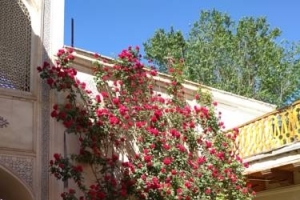 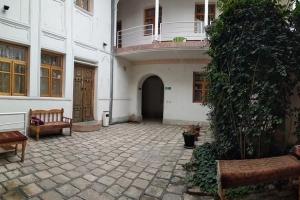 Number of rooms: 13
Hotel " Emir " is conveniently located in the maze of winding lanes of the old part of Bukhara city with its bazaars, art centers and restaurants yet close to the magnificent minarets, madrassahs and mosques with their tiled, mosaic domes and facades.
The Hotel was reconstructed. It was based as the house of the merchant in late 19th century.  Paintings and inscriptions are depicted on the walls. Rooms are decorated with carving on ganch and details of textile handwork. The hotel has two cozy, cool yards, adjoined with each other.