The painting of Paolo Veronese has been found out in Uzbekistan 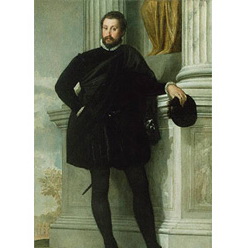 The painting of the great Italian artist of the XVI century Paolo Veronese has been found out in Uzbekistan. The minister for Culture and Sports of Uzbekistan Tursunali Kuziev informed about it during the meeting of the Public Council under the Ministry of Culture and Sports of the country.
Tursunali Kuziev mentioned that in the State museum of arts of Uzbekistan the painting of the great Italian artist Veronese has been found out under the layer of one ancient canvas.
Press service of the Ministry of Culture and Sports of Uzbekistan has not led other details about the painting of Veronese.
Paolo Veronese, Paolo Cagliari at birth is one of the most prominent painters of the Venetian school, called Veronese by place of birth, the son of the sculptor Gabriel Kaliari, the student of Antonio Badillo.
The Italian painter of the late Renaissance Paolo Veronese (1528-1588) is known as a master of large altarpieces, monumental paintings, multi-figure compositions. Veronese depicted Venice and contemporaries on his canvas. He is one of the most brilliant colorists of the Venetian school.
Many of the works of the artist are in the Gallery Academy, in one of the most important art galleries in Venice.