A religious Naqshbandia festival will be hosted in Uzbekistan

From October 31 to November 7, the II Tourism Festival Naqshbandiya will be held in Uzbekistan.

The festival expects to bring together more than 250 followers of the Sufi tariqa Naqshbandiya from around the world, in particular from Malaysia, Indonesia, Turkey, the UK, New Zealand, China, India, Australia, the USA, South Africa, and other countries. 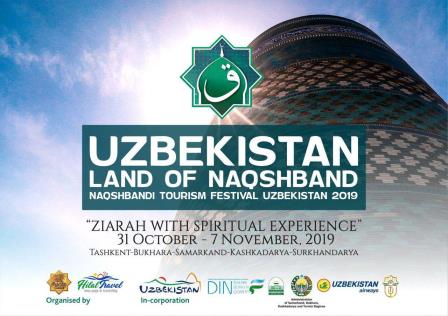 The festival will include pilgrimage tours to such shrines as the memorial complexes of Hazrat Bahouddin Naqshbandi, Hazrat Abdukholik Gizhduvani, Khoja Mahmoud Anzhir Fagnavi, the tombs of Khoja Orif Revgari, Saeed Amir Kulol, the madrassah Miri Arab and the mosques of Alamari Bouhram in Kalyan Memorial Boulevard , Khoji Ahrar, Imam Abu Mansour al-Maturidi, visiting the architectural complex of Shahi Zinda, Registan Square and Ulugbek Observatory in Samarkand, as well as the Imam Termizi complex in Termez.