Central Bank announced the release of banknotes in 100 000 sums

The Central Bank of Uzbekistan announced the next issue of the banknote, in denominations of one hundred thousand soums. According to preliminary data, a new banknote will be launched into circulation on February 25.
The design of the banknote is dedicated to the great Uzbek scientist and grandson of Tamerlane Mirzo Ulugbek (1394-1449), it presents his main discoveries in the field of astronomy.
Also in the design of the bills were used modern technology, which allowed to create 5D effects and develop a special consist for the paper on which the banknotes will be printed.
The last issue of the new banknote of 50,000 was made on August 22, 2017. 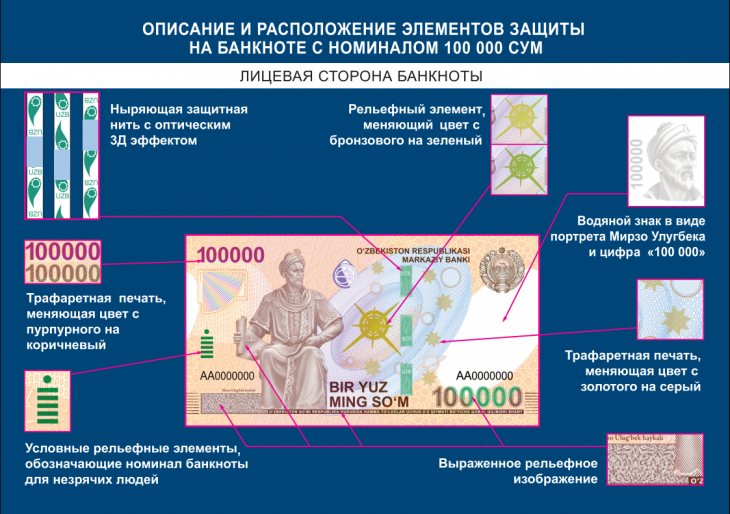