Tashkent in paintings of XIX century 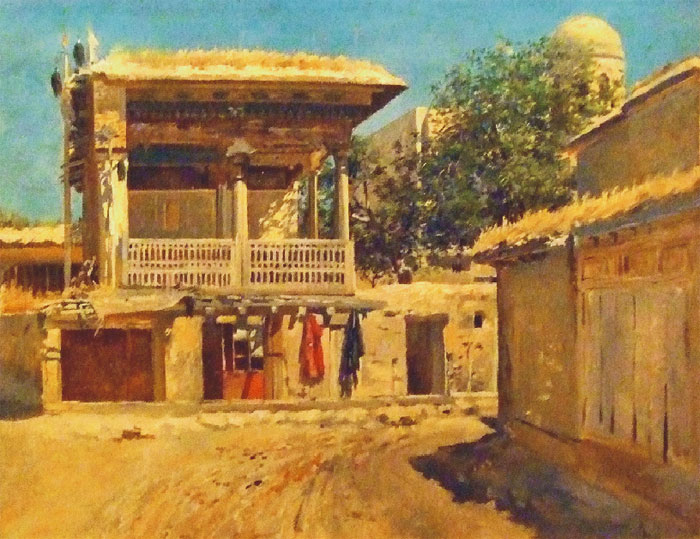 Zommer is the author of a large number of paintings and graphic works that have predominantly genre-ethnographic character. He shows scenes of everyday life of ordinary people, old quarters of Samarkand, Bukhara and Tashkent. 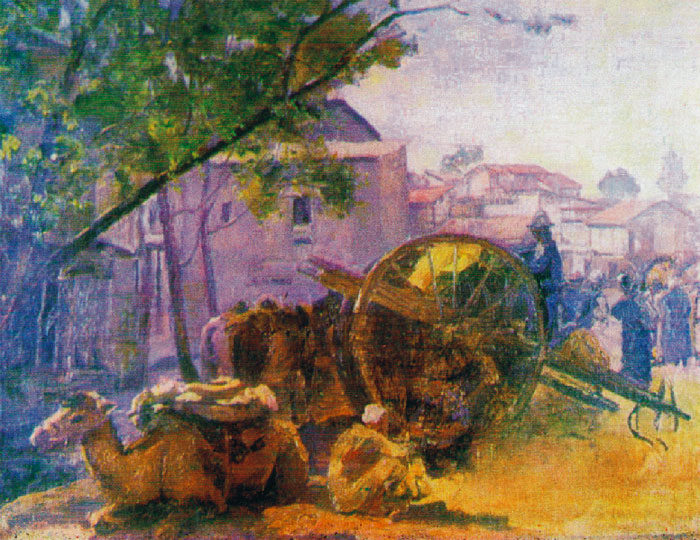 The pictures accurately convey the mood and the special atmosphere of the time. Since 1894 his works are exhibited at the St. Petersburg exhibition, as well as at Russian and Tashkent annual exhibitions. 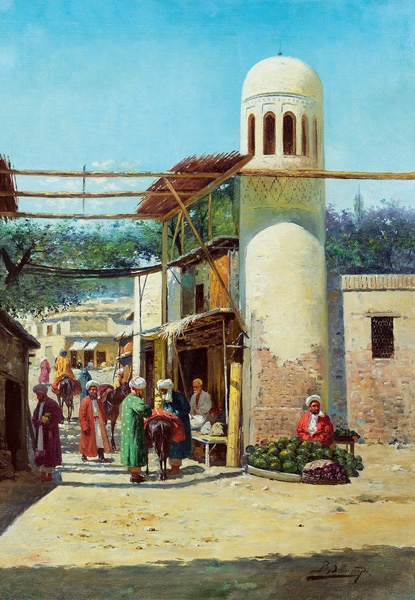 Old Tashkent was clearly expressed in the works of Werbowy, I. Golovin, V. Krylova, V. Rozwadowski, N. Grechaninovv, Kazakov, S. Yudin, N. Bohr and A. Morozevich. There were other talented artists who told their own story about Tashkent.
An interesting painting is "Tashkent Yard" of Kazakov, where we can see historic mansion of Polovtsev that have historic importance. The artist managed to refine the urban landscape, convey the history and architectural beauty of the building.
No less impressive looks the picture of Volkov "Old mazar", H. Rakhimov "Street in Tashkent," Novikova "Street in the old Turkestan" and many others. They have created a strong foundation of Tashkent pictorial chronicle.
Each artist had their own favorite place in the city, which he displayed in his works. Many went to the river Salar, others - in Chilanzar gardens. At that time it was a real trip, but now these places are considered to be almost the central areas of the city.
﻿